Most Expensive Bikes In The World

The Ducati Desmosedici D16RR is a limited production road-legal version of the Desmosedici MotoGP race bike. It is the ninth most expensive motor bike in the world in 2022. Due to the extensive work done on it, the road missile is now priced at $232,500 instead of $72,500 when it initially made its debut. The M16 is made entirely of carbon fiber, including load-bearing components such as the frame, swingarm and wheels. Carbon also makes the fuel tank, fairing, tail and fenders.

Even the bolts for mechanical components are made of titanium or avionic-grade aluminum. The Ducati Desmosedici D16RR NCR M16 also employs race-style electronics with traction control, data recording and user-selectable maps. 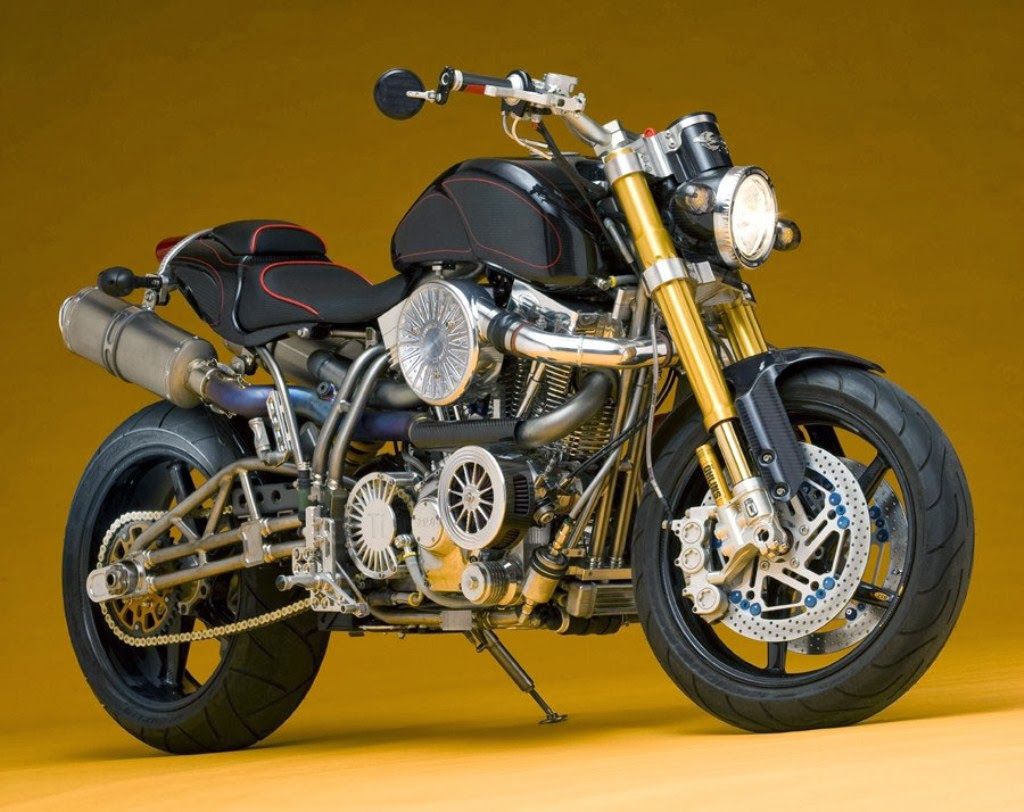 The ninth most expensive bike on this list is the Ecosse Founder’s Edition Ti XX Titanium, which has a titanium chassis and exhaust and will set you back around $300,000. The bike is powered by a 2,409cc billet aluminum engine and churns out 228PS of power to the rear wheel. It is made entirely of carbon fiber so as to achieve a minimum of weight. The seat of the motorcycle is made of handcrafted posh Italian leather. Since its inception, the gorgeous gadget was only made in 13 units. 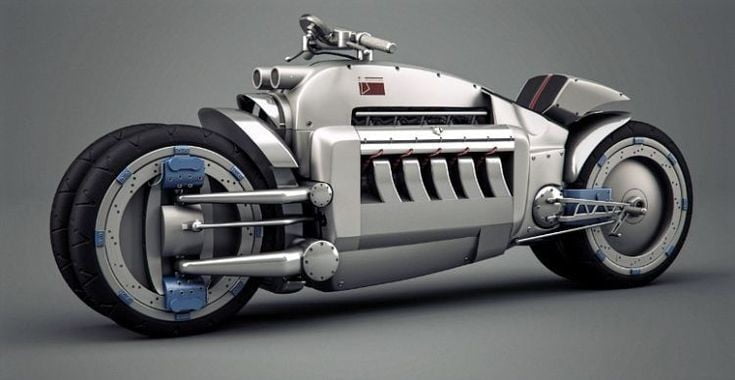 The Dodge Tomahawk is the fastest bike in the world introduced by Dodge at the 2003 North American International Auto Show. The Tomahawk garnered significant press and industry attention for its attractive design, its outward shape-displacement, 10-cylinder car engine, and its four closely-coupled wheels, which give it a motorcycle-like appearance.

In addition, the central visual element of the retro-art deco design is the 500-horsepower (370 kW), 8.3-liter (510 cu in) V10 SRT10 engine from the Dodge Viper sports car. The Dodge Tomahawk is the fastest bike in the world since 2003, and one of the most expensive bikes in the world 2022.

The Vincent Black Lightning was a Vincent-HRD motorcycle first built in September 1948 at the Vincent Works in Great North Road, Stevenage, Hertfordshire, UK, and produced from 1948 to 1952.

During an auction organized by Bonhams in Las Vegas, a Black Lightning, said to be one of only 19 survivors, set an absolute world record for the highest price paid at auction for a $929,000 motorcycle. The machine was used to set a national speed record in Australia during 1953, and was purchased by an unknown Australian. Vincent Black Lightning is one of the most expensive bikes in the world. During the test run an average speed of 239.1 km/h was reached. 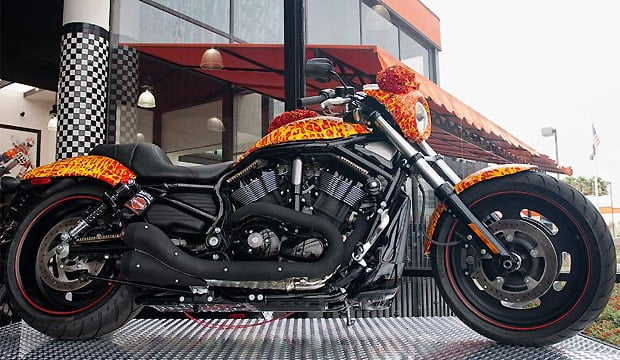 The Harley Davidson Cosmic Starship has consistently ranked first in the list of the top 10 most expensive bikes, but is only ranked sixth in 2022. The bike was hand-painted by world-renowned artist, Jack Armstrong, which is why Hogg costs so much, as some of Jack’s paintings sell for over $3 million. The Harley Davidson Cosmic Starship is the definition of art and machine. It was created with the intention of creating a work of art and was painted by Jack Armstrong, a rebellious cosmic existentialist artist.

Seeing the pictures, you will know why it is so expensive. The BMS Nehmesis is made of 24 karat gold, has no side stand, and the motorbike just sits on its stomach. This is due to the inclusion of an air-ride system that enables the bike to lift itself automatically with a single sided swingarm. You can lift it 10 inches above the ground.

More importantly, it has the yellow luster of 24-karat gold and that easily explains its $3 million worth. BMS Nehmesis is one of the top 10 most expensive bikes in the world in 2022. The BMS is due to the Nehme sis motorbike’s air-ride technology, which allows the vehicle to elevate itself with the help of its single-sided swingarm and rear suspension. As a result the side stand becomes unnecessary. I think we can all agree it’s pure luxury.

In 1984, when meat and bone horses were becoming obsolete, Heinrich, Wilhelm and Alois Wolfmüller collaborated to build this motorbike. The fact that there is neither a clutch nor a pedal on it is important to understand. It will have to be pushed while moving to start and stop while engaging the throttle. 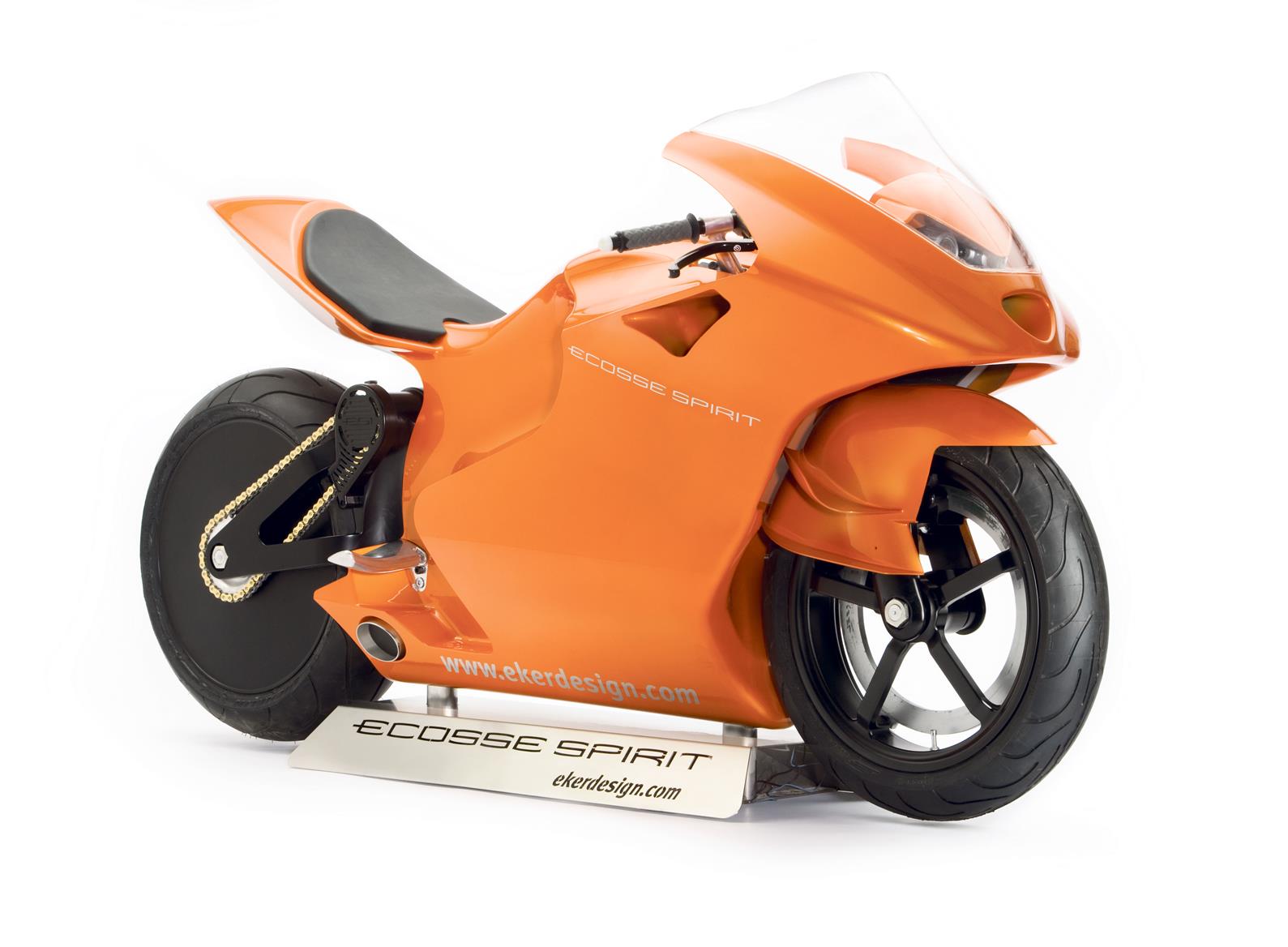 Third on the list is the Ecosse ES1 Spirit, which has a top speed of around 370 km/h which is higher than the current production bikes which are electronically limited to 299 km/h. The Ecosse ES1 Spirit is one of the world’s most expensive motorcycles in 2022 with a price of $3.6 million. According to the manufacturer, even a professional driver needs to undergo two weeks of training before riding the Ecosse ES1 Spirit. This clearly indicates that the motorcycle is unconventional.

Les Graham’s superb coaching helped one of these athletes win the 1949 World Championship. The Porcupine is a motorcycle with an open frame, a 500 cc aluminum alloy engine, and a unique type of shock known as a “jam-pot” shock. Before being made available to a limited group of aficionados, the motorcycle spent twenty years at the Coventry National Motorcycle Museum. 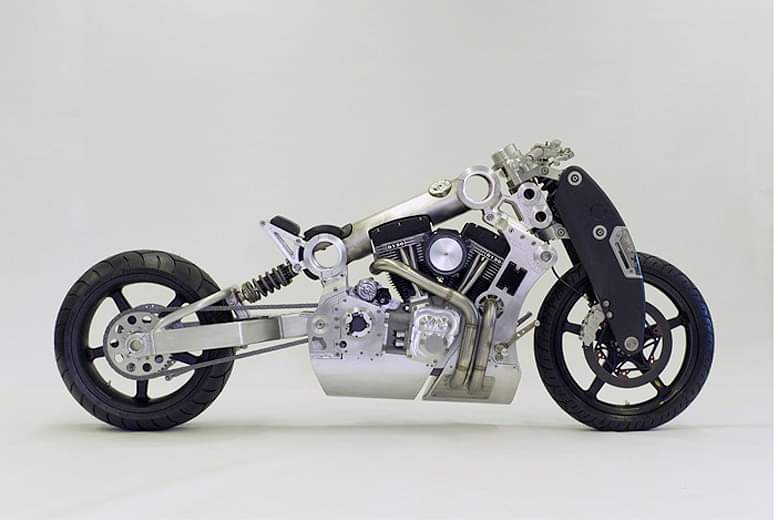 Additionally, it has had only 45 retail sales since its release. Despite its intimidating looks and high price tag, the Neiman Marcus Limited Edition Fighter is street-legal and has a top speed of 190 mph. This power is produced by the vehicle’s 120ci 45-degree air-cooled V-twin engine and is paired with body components consisting of titanium, aluminum and carbon fiber.