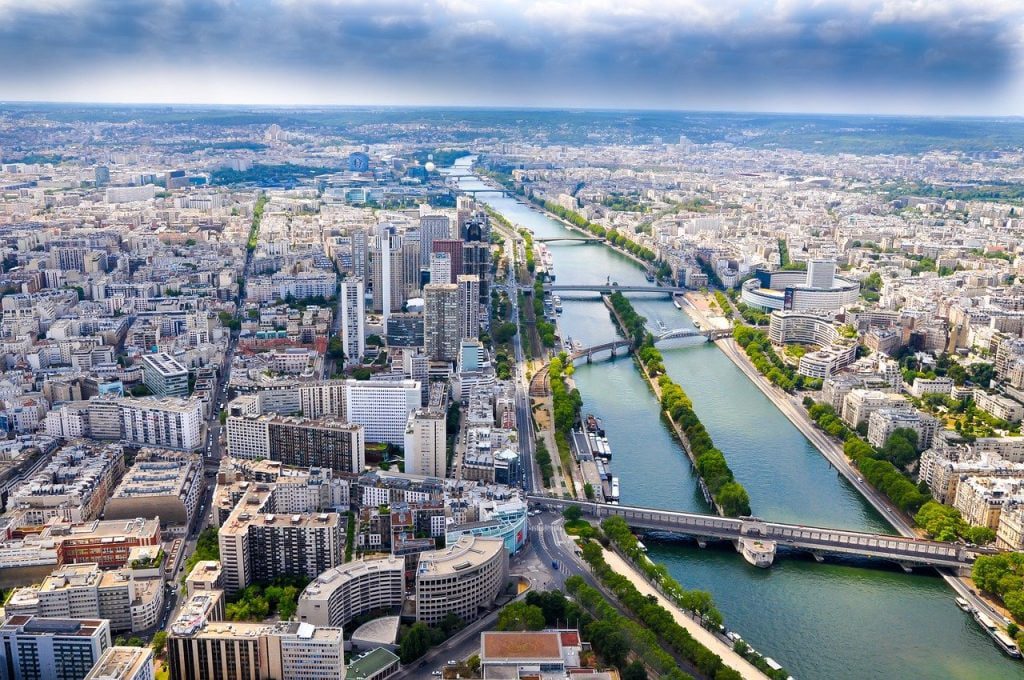 Cleanest Countries in the World 2022

The Environmental Performance Index (EPI) is a method of measuring and numerically characterizing the environmental performance of state policies. Research jointly conducted by Yale University and Columbia University ranks the world’s cleanest to dirtiest countries.

Finland covers an area of ​​338,455 square kilometers with a population of 55,551,000. Helsinki is the country’s capital and largest city, but together with the neighboring cities of Espoo, Kaunianen and Vantaa, it forms a larger metropolitan area. Finnish, the native language of the Finns, is one of the few Finnish languages ​​in the world.

The climate varies relative to latitude, from a southern humid continental climate to a northern boreal climate. The land cover is primarily a boreal forest biome, with over 180,000 recorded lakes.

Ireland is a wealthy country in north-western Europe comprising 26 of the 32 counties of the island of Ireland. The capital and largest city is Dublin, which is located on the eastern side of the island. About 40 percent of Ireland’s population of 5 million people live in the Greater Dublin area.

Ireland is one of the wealthiest countries in the world, with a nominal GDP of $476 billion, a GDP per capita of $94,556.

In addition, as the Republic of Ireland occupies more than 80% of the island of Ireland, the country has become famous for its beautiful coastline and shoreline for villages and towns.

Austria is a developed country in the southern part of Central Europe. It is made up of nine federated states, one of which is Austria’s capital and largest city, Vienna.

Located in Central Europe, it is a landlocked rich country with mountainous areas. Importantly, it is safe from marine waste which has currently become a global concern.

Austria has an area of ​​32,386 square miles and a population of about 9 million. While Austrian German is the official language of the country. Two-thirds of its entire area is covered by grasslands and forests, and it is also home to the beautiful Krimal Springs. 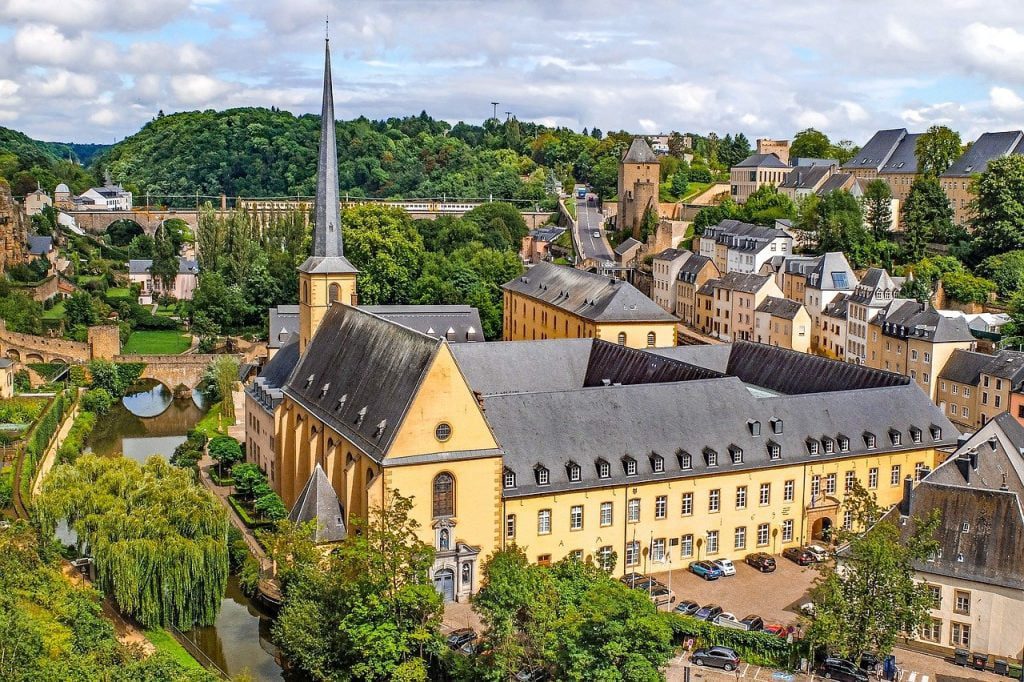 Luxembourg is a small landlocked country in Western Europe. It is bordered by Belgium to the west and north, Germany to the east and France to the south. Luxembourg is the 7th cleanest country in the world in 2022 with an EPI score of 79.12. Its capital, Luxembourg City, is one of the four official capitals of the European Union.

In addition, Luxembourg’s culture, people, and languages ​​are highly intertwined with those of its neighbors, making it a mixture of French and German cultures.

Luxembourg is a small country that covers an area of ​​2,586.4 km. The population of this country is approximately 633,622 in 2022, making it one of the least populated countries in Europe.

Most of Luxembourg is rural. In its northern part there are dense Ardennes forests and nature parks. With a GDP of 84 billion, Luxembourg is one of the richest countries in the world.

The United Kingdom has an EPI score of 79.89. It is ranked sixth among the top 10 cleanest countries in the world in 2022, and was ranked fourth in 2020. The UK has a high Air Quality Index of 94.43. The UK has got full marks in terms of drinking water and sanitation.

The United Kingdom has a partially regulated market economy. Based on market exchange rates, it has the fifth largest economy in the world, the second largest in Europe after Germany.

Along with this, in the case of GDP per capita Sweden is the sixth richest country in the world and its citizens have experienced high quality. Sweden is one of the most beautiful places on earth. 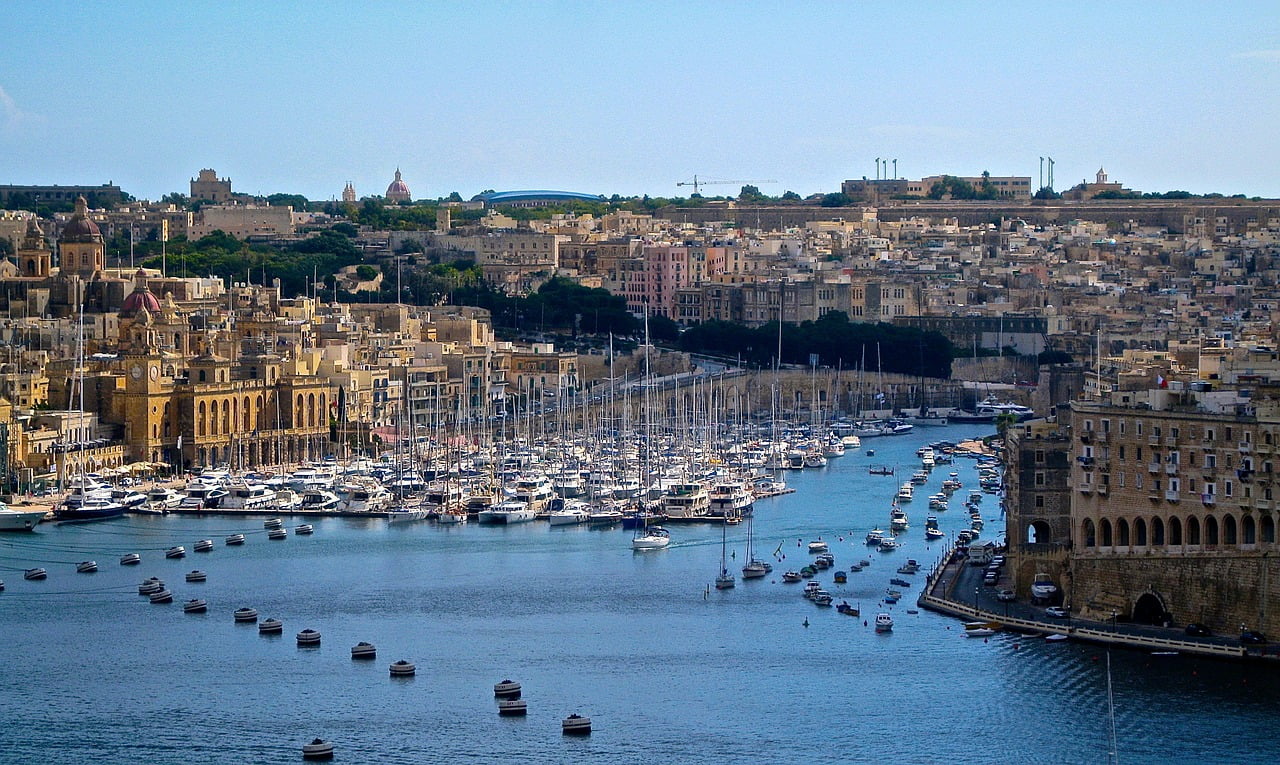 Malta is a southern European island country which is made of an archipelago in the Mediterranean. With the EPI score of 80.90, Malta is at fourth place in the top 10 most clean countries in the world 2022. In recent years, the government has made the intense effort here to take care of the environment.

In addition, the official and national language is Maltese, which has come out of Sicily Arabic, which developed during the Emirates of Sicily, while English acts as a second official language. Malta is a popular tourist destination, which receives 1.6 million tourists per year. There are three times more tourists compared to the residents.

Top 10 Most Expensive Countries To Live In 2022 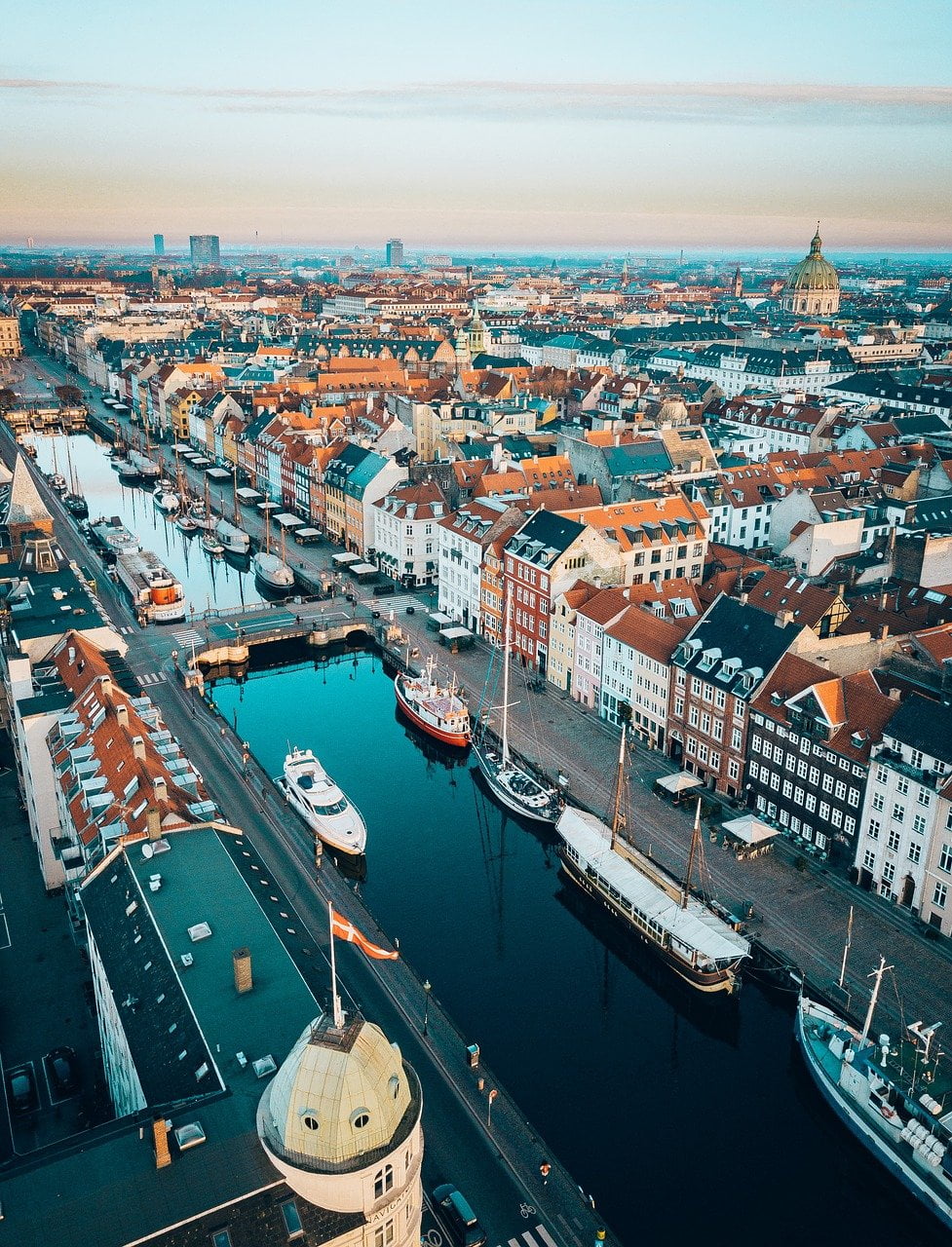 With an EPI score of 81.60, Denmark ranks third as the cleanest country in the world 2022. It is a Nordic country in Northern Europe, the southernmost of the Scandinavian countries. Including Finland, Norway and Sweden. Denmark is located to the southwest of Sweden and south of Norway, and is bordered by Germany to the south.

Furthermore, Denmark’s total population is only 5.81 million, of which 800,000 live in the capital and largest city, Copenhagen. It ranks second in the list of the happiest countries in the world according to a Gallup World Poll survey.

Denmark is a developed country, and Danes enjoy a high standard of living. At the same time, the country ranks high in certain metrics of national performance, including education, health care, protection of civil liberties, democratic governance, and LGBT equality. 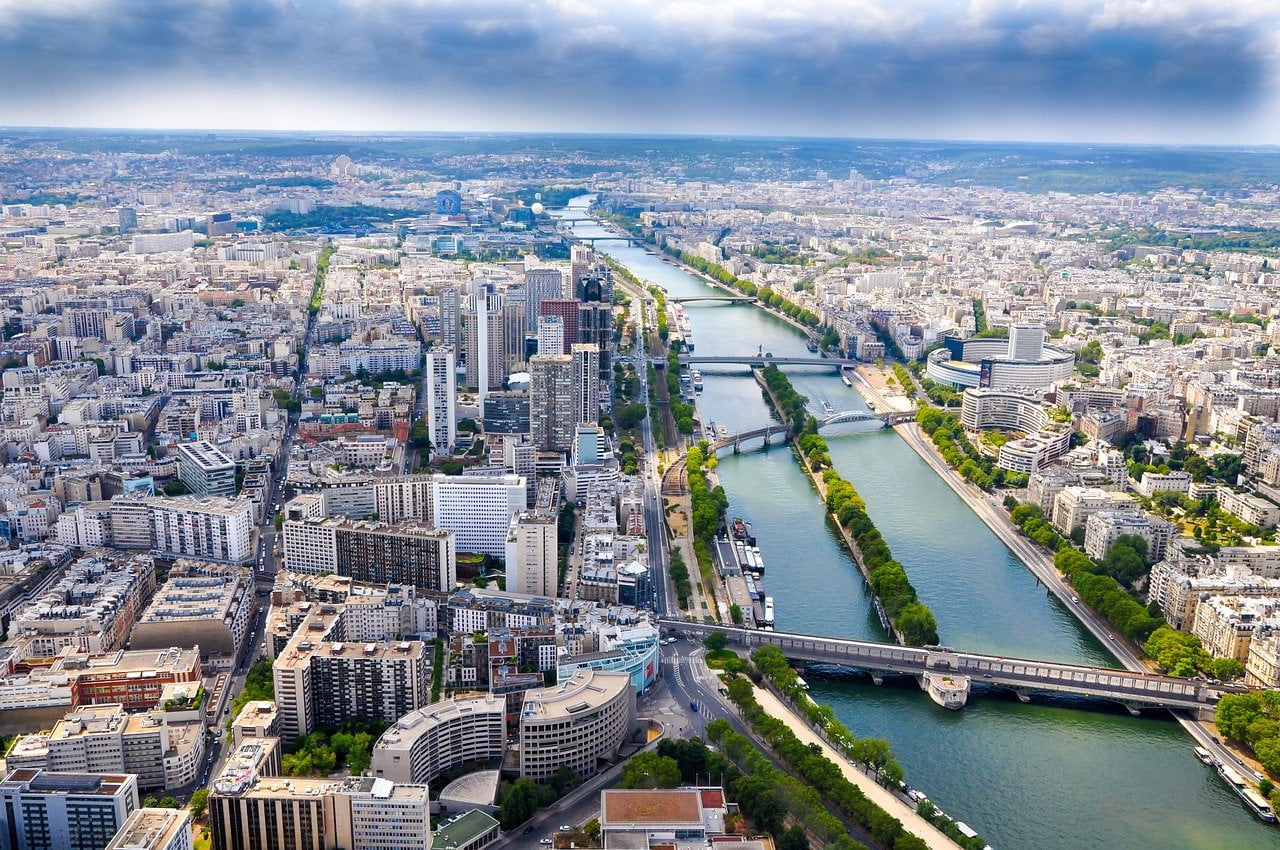 France is the second cleanest country in the world with an EPI score of 83.95 in 2022. It received high scores on air quality, water sanitation and fisheries. France is the third largest and wealthiest country in Europe, and is the most attractive tourist destination for tourists.

Furthermore, France is a transcontinental country that spans Western Europe and South America and overseas territories and territories in the Atlantic, Pacific, and Indian Oceans. Including all of its regions, France has twelve time zones, the most of any country.

France retains its centuries-old status as a global center of the arts, sciences and philosophy. It hosts the fifth largest number of UNESCO World Heritage Sites. It is the world’s leading tourist destination receiving over 89 million foreign visitors in 2018. 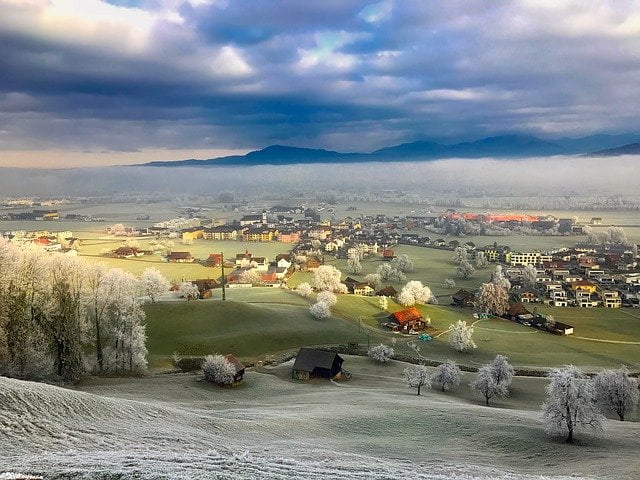 Switzerland has been crowned the cleanest country in the world in 2022 with an EPI of 87.42. It is known for its dense forests, wildlife as well as safe and clean water.

Switzerland is a land of natural beauty surrounded by a land at the confluence of Western, Central and Southern Europe. It is a federal republic made up of 26 cantons, with federal authorities based in Bern. Switzerland is bordered by Italy to the south, France to the west, Germany to the north, and Austria and Liechtenstein to the east.

Switzerland has a total area of ​​15,940 square miles and a land area of ​​15,443 square miles. Furthermore, although the Alps occupy the bulk of the region, the Swiss population of about 8.5 million is mostly concentrated on the plateau, where the largest cities and economic centers are, among them Zurich, Geneva and Basel.

Also, Switzerland is known for its expansive landscape. There are more than 1,500 lakes in this cleanest place on Earth, each less than 10 miles from another lake.