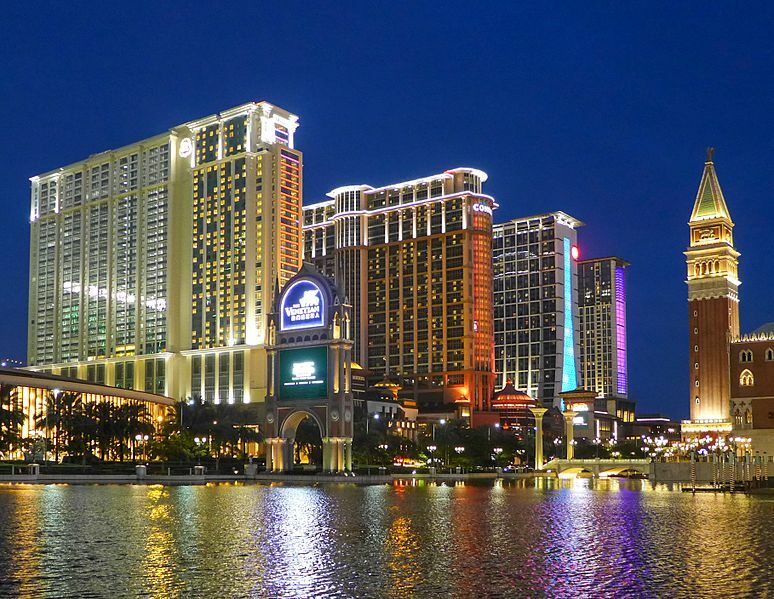 Largest hotels in the world 2022

The Luxor Las Vegas is a 30-story hotel and casino. It is located at the southern end of the Las Vegas Strip in Paradise, Nevada. The hotel is owned and operated by MGM Resorts International. It has a 120,000 square foot casino with over 2,000 slot machines and 87 table games.

In addition, the casino was opened in 1993 and has been renovated and expanded several times. Subsequent renovation work modernized the design of the property and increased the hotel’s capacity to 4,407 rooms, including 442 suites. Hotel rooms line the interior walls of the main minaret, which has the shape of a pyramid, and 22-story twin ziggurat towers. The Luxor Las Vegas is one of the top 10 largest hotels in the world 2022.

The hotel is within a 10-minute drive from Olympsky Park Train Station. Adler Train Station is 7.1 miles from Barkhatny Sezony Sportivny Kvartal Resort, and Sochi International Airport is within a 12-minute drive. Barkhatny Sezzoni Sportivny Quartal Resort is located by a 300 hectare park with subtropical plants. It has a fitness center, free WiFi and children’s playgrounds.

Izmailovo Hotel is located in the Izmailovo district of Moscow, Russia. Its 3,500-person capacity, with 2,000 rooms, was the largest hotel in the world from 1980 to 1990. Izmailovo was built for the 1980 Summer Olympics, as there were not enough hotel rooms in Moscow. It is usually rated a three-star hotel (Alpha, Vega and Delta are rated four-star hotels) and its four buildings, Alpha, Beta, Vega and Gamma-Delta, are independently managed.

Abraj Al-Bait is a state-owned complex of seven skyscrapers in Mecca, Saudi Arabia. These towers are a part of the King Abdulaziz Endowment Project, which aims to modernize the city catering to its pilgrims. The central hotel tower, Mecca Clock Royal Tower, is the tallest clock face in the world and is the third tallest building in the world and the fifth tallest freestanding structure. The Clock Tower houses the Clock Tower Museum which is located on the top four floors of the tower.

The Londoner Macau is a casino resort on the Cotai Strip, Macau. It is the fifth largest hotel in the world in 2022, with 6,246 rooms. On 5 August 2011, Sands China announced that the $4 billion asset, long known as Parcels Five and Six, would be officially named Sands Cotai Central. The first part of the resort was opened on 11 April 2012. The resort was rebranded as The Londoner Macau in 2022.

In 2017, Las Vegas Sands announced plans to renovate Sand Cotai Central with a London theme and rebrand it as Londoner Macau due to disappointing results on the property.

The entire complex was officially renamed The Londoner Macau on 8 February 2022, when the first phase of the renovated property celebrated its grand opening.

CityCenter is a 16.797 million square foot mixed-use urban complex spanning 76 acres located on the Las Vegas Strip in Paradise, Nevada. The project was commissioned by MGM Resorts International; Dubai World became a joint partner during the construction phase of the project.

It is the largest privately funded construction project in United States history. The project is linked by a people mover system to adjacent MGM properties Park MGM and Bellagio Las Vegas. As of 2015, the “City Center” branding has been largely retired, instead focusing on the Aria brand of the development’s centerpiece assets in names such as “Area Express” and “Area Art Collection”.

CityCenter Las Vegas is the third and fourth largest hotel in the world in 2022 with 6,790 rooms.

The Venetian Las Vegas & The Palazzo is a luxury hotel and casino resort located on the Las Vegas Strip in Paradise, Nevada, United States, on the site of the old Sands Hotel. It is the tallest completed building in Nevada. The Venetian & The Palazzo was the largest hotel in the world from 2008 to 2015.

The resorts have an impressive 7,117 rooms between the two, as well as over 40 restaurants, a world-class spa with more than 90 treatment rooms, and 10 pools to choose from.

The Venetian resort complex includes the adjacent Palazzo Resort and Sands Expo Center as well as the upcoming MSG Sphere at The Venetian. The Venice-Palazzo complex comprises the second largest hotel in the world 2022, with 7,114 rooms, suites and a 120,000-square-foot casino. Its sister casino, The Venetian Macao, is the largest in the world.

Top 10 Most Populated Countries In The World 2022

First World Hotel & Plaza Malaysia is a hotel, shopping and entertainment complex. It is the largest hotel in the world in 2022. First World Hotel is a 3-star hotel with 3 towers and 8,584 rooms.

It holds the Guinness World Record title for the largest hotel in the world by number of rooms since 2015. The hotel previously held the same title in 2006 featuring just 6,118 rooms in 2 towers, Tower 1 and 2, until the Palazzo took the title.

In addition, the hotel connects to an all-new shopping mall, SkyAvenue, which also houses the Awana Skyway station which links to Genting Highlands Premium Outlets. First World Hotel is the first hotel in Southeast Asia to launch the e-Kiosk or Express Check-in and Check-out Kiosks.