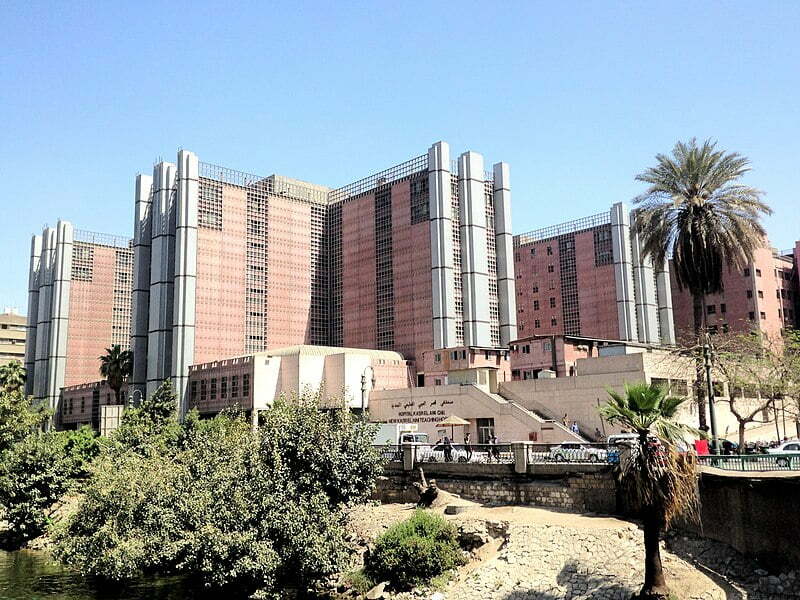 Biggest Hospitals in the World

Taipei Veterans General Hospital is a national first-class medical center and a teaching hospital. It offers tertiary patient care, undergraduate medical education programs and residency programs in Taiwan. The hospital was established in 1958 and is administered by the Veterans Affairs Council. Additionally, it is in Beitou District, Taipei and primarily serves patients in Northern Taipei and New Taipei. Simultaneously, three branches, Taoyuan Veterans Hospital, Yuanshan Veterans Hospital and Suao Veterans Hospital were established.

In addition, the First Neurological Institute in Taiwan (1989) has been a leader in neurocritical medicine, headache, cerebellar ataxia, dementia, nerve regeneration and repair, and epilepsy research and patient care of the nation. The hospital has about 3,000 beds and is the largest in Taiwan and the tenth largest in the world.

Government Medical College, Kozhikode (Calicut Medical College – CMC) is a medical school in Kozhikode in the Indian state of Kerala. In terms of total beds, it is the largest hospital in India and the ninth largest in the world 2022 with 3025 beds. The college was established in 1957 as the second medical college in Kerala. Formerly affiliated to the University of Calicut, the college is now affiliated to the (KUHS) Kerala University of Health Sciences.

Additionally, this sprawling medical college campus is spread over an extensive area of ​​270 acres (1.1 sq km) and is located approximately 8 km east of the heart of Kozhikode city. Also, the main hospital was commissioned in 1966 with 1183 beds. It was later supplemented by the Institute of Maternal and Child Health (610 beds), Savitri Devi Sabu Memorial Cancer Institute (101 beds) and Chest Hospital (100 beds) in 1975.

Clinical Center of Serbia is an academic health science center located in Belgrade, Serbia. It serves as the main medical center for both Belgrade and the rest of Serbia.

In addition, the hospital has 41 organizational units, out of which 23 are clinics, 9 centres, polyclinics and other service units. Additionally, the campus also houses the Belgrade School of Medicine and the Medical High School. The Clinical Center is spread over 34 hectares in the area of ​​Savsky Venak, and consists of about 50 buildings, with a total floor space of 280,000 square metres.

In addition, the University Clinical Center of Serbia has 3,150 beds. Also, the hospital is the largest in Europe by beds and the eighth largest in the world 2022. Annually, the hospital treats approximately one million patients, 90,000 hospitalizations, more than 50,000 surgeries, and more than 7,000 deliveries.  The health center has 7,386 employees as of June 2019.

Qasr El Aini Hospital is a research and teaching hospital in Cairo, Egypt. The hospital is affiliated with the Cairo University’s Cairo El Aini Faculty of Medicine. The hospital was established on March 11, 1827. It is one of the largest hospitals in the world by total beds with over 3,200 beds.

In addition, in 1827, a medical school was established and attached to a military hospital in Abu Zaabal. French doctor Antoine Clot became the first director of the Bay Medical School and Hospital. In 1980, the Qasr El Aini Hospital was closed and the building demolished.

The Chris Hani Baragwanath Hospital is a hospital in Johannesburg, South Africa. It is the largest hospital in Africa and the sixth largest in the world in 2022 by total beds, with 3,400 beds. The hospital has 6,760 staff members and is spread over 70 hectares (170 acres). It is located in the Soweto region, south of Johannesburg.

In addition, the Chris Hani Baragwanath Hospital is one of 40 Gauteng Provincial Hospitals, and is financed and managed by the Gauteng Provincial Health Department. Also, it is a teaching hospital for the University of the Witwatersrand Medical School, along with the Charlotte Maxeke Johannesburg Academic Hospital, Helen Joseph Hospital and Rahima Moses Mother and Child Hospital. It is a recognized Level One Trauma Centre.

The 10 Largest Countries In The World by Area

Additionally, the hospital has 3,810 hospital beds in 131 operating rooms, 904 polyclinics and 82 rooms for VIPs. It has 1,554 single bed rooms, 725 double bed rooms and 700 intensive care units. The dialysis clinic has 38 beds. The hospital serves cardiac surgery, neurology, oncology, orthopedic surgery, physical therapy and rehabilitation and general branches. It is one of nine city hospitals and the largest in the country. Also, there is a 100 bedded hotel in the form of a Medical Observation Clinic in the hospital premises. The complex has two helipads for landing of ambulance helicopters carrying airlifted patients.

Additionally, Chang Gung Hospital was established in 1978 focusing on several medical specialties. Also, it receives an average of 8.2 million annual outpatient visits with 2.4 million inpatient treatments and has an average of 167,460 annual surgical patients. Chang Gung has completed more than 1,000 successful liver transplants.

In addition, Sichuan University West China Medical Center has cooperative agreements with 150 universities in 43 countries and regions such as the US, UK, Canada, Netherlands, Japan, Germany, Finland, Taiwan, Hong Kong and Australia.

Also, the West China Medical Center of Sichuan University is a member of the Institute for International Medical Education (IIME), INCLEN (International Clinical Epidemiology Network) and the International Network of Universities.

In addition, the hospital was established in September 1928 in Kaifeng, the then capital of Henan Province, as the first affiliated hospital of the National Henan University. Also, it was moved to Zhengzhou in 1958 and renamed as the First Affiliated Hospital of Henan Medical College. Then in 2000 with the merger of Zhengzhou Institute of Technology and Henan Medical University, the hospital was renamed to its current name. Its business includes providing general medical and surgical hospital services.