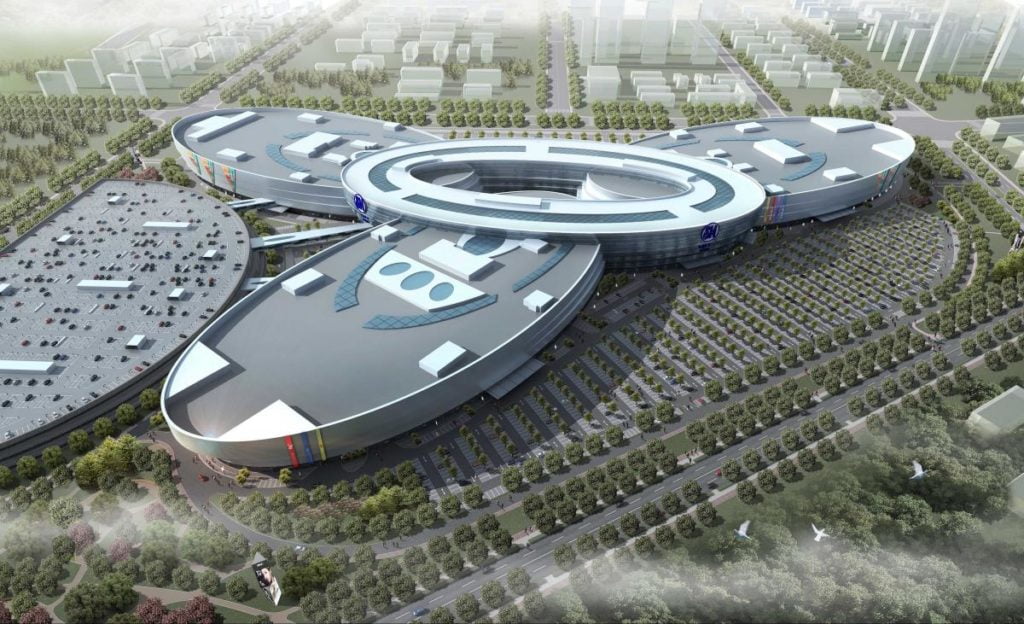 Located in Dubai, United Arab Emirates, it is part of a $20 billion downtown complex (called Downtown Dubai) adjacent to the iconic Burj Khalifa, and includes more than 1,200 shops. In 2011, it was the most visited building on the planet, attracting more than 54 million visitors each year.

The mall previously housed the first IKEA store in Malaysia in 1996. The mall has received several awards including Gold at EdgeProp Malaysia’s Best Managed Property Awards 2019 and Platinum Award for Shopping Complex of the Year at the Retail World Excellence Awards 2006/07 edition.

Mall of America is one of the biggest shopping malls located in Bloomington, Minnesota, a suburb of the Twin Cities of Minnesota, United States. It is located southeast of the junction of Interstate 494 and Minnesota State Highway 77, north of the Minnesota River, and crossing the Interstate from Minneapolis St. Paul International Airport. It opened in 1992, and is the eighth largest shopping mall in the world in 2022, and the largest in the Western Hemisphere.

About 40 million people visit the mall annually and eighty percent of visitors are from Minnesota, Wisconsin, Iowa, Nebraska, Dakota, Illinois, Ohio and Canada.

In addition to the mall, there are additional hotels, restaurants and stores outside the mall. The Mall of America and additional businesses meet in the South Loop District in Bloomington, Minnesota.

ICONSIAM is a mixed-use mall on the banks of the Chao Phraya River in Thailand. It is one of the largest shopping malls in Asia, opened to the public on 9 November 2018, as well as hotels and accommodation. The US$1.5 billion project is being developed as a joint venture by Thai high-end shopping mall developer, Siam Pivot Group, MQDC Magnolia Quality Development, and Charoen Pokphand Group.

Centralworld was temporarily closed due to severe arson damage on 19 May 2010, during the 2010 Thailand political protests as soldiers removed protesters from the area. The surrounding ‘Zen’ section was heavily damaged by the rioters. The Apple store is located in Centralworld Square, just outside the Central Department Store. It is recognized as the largest Apple Store in Southeast Asia.

The 10 Largest Forests In The World

In 2017, it became the largest mall in Thailand with the addition of the IKEA store, surpassing CentralWorld. CentralPlaza WestGate has 6 floors, 1000+ stores and 7000 parking spaces. It is one of the top 10 biggest shopping malls in the world in 2022.

Golden Resources Shopping Mall is a major shopping mall located near the northwest Fourth Ring Road in Beijing, People’s Republic of China. At the time of its opening, it was the largest mall in terms of gross leasable area. In 2022, it is the third largest mall in the world after Iran Mall and South China Mall. It can be accessed by Beijing Subway using Changchunqiao Station on Line 10.

Golden Resources Shopping Mall is also known as the Great Mall of China. It has a total area of ​​560,000 square meters (6 million sq ft) on six floors. At 1.5 times the size of the Mall of America, Golden Resources Mall was the largest shopping mall in the world from 2004 to 2005.

An additional metro line serving the mall, Line 12, is under construction, which will be inaugurated by 2022.

SM Supermall, owned by SM Prime Holdings, is a chain of shopping malls in the Philippines that by early 2022 has 76 malls located across the country and 26 more to be opened for a total of 102 malls.

It also has 7 malls in China, including SM Tianjin, which is the third largest mall in the world in terms of gross leasable area. Its area is 565,000 m2 (6,080,000 sq ft) and it has more than 2500 shops. SM Tianjin is composed of five different buildings each named after the five traditional Chinese elements Earth, Fire, Water, Metal, and Wood. It is the second largest mall in China, it was opened in 2016.

South China Mall in Dongguan, China is the second largest mall in the world 2022 after Iran Mall. Which includes a musical fountain, food court, mosque and hotel.

South China Mall opened in 2005 and for more than 10 years it was mostly empty as few merchants had ever signed up, leading to it being dubbed a defunct mall. A CNN story in 2015 reported that the mall had begun to attract tenants after extensive renovation and remodeling, although large portions were still vacant.

According to another article published in January 2018, after more than a decade of high vacancy, most retail spaces were expected to fill soon, and the mall had an IMAX-style cinema and theme park.

Top 10 Most Beautiful Mountains In The World 2021

The malls include a hypermarket, Fashion Avenue, Diamond and Crystal Atrium, three food courts with over 200 restaurants, a 3,300-square-metre book garden with 67,000 books and several book stores, and a cinema.