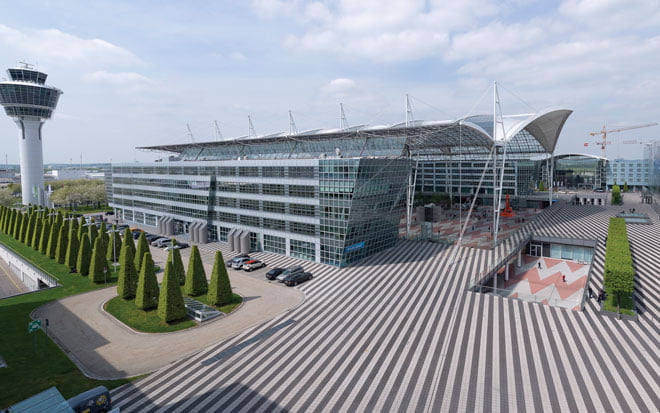 The airport is one of the largest passenger and cargo airports in the world, and is the hub of Cathay Pacific Airways. The new airport opened in July 1998. In 2021, Hong Kong Airport has been ranked the tenth best airport by Skytrax, up from sixth in 2020.

Kansai International Airport, commonly known as Kank, is the primary international airport in the Greater Osaka region of Japan and the nearest international airport to the cities of Osaka, Kyoto, and Kobe. It is located on an artificial island (Kankūjima) in the middle of Osaka Bay off the Honshu shore, 38 km southwest of Osaka Station, located within three municipalities, including Izumisano (north), Sennan (south), and Tajiri (central), in Osaka Prefecture.

Kansai International Airport is the world’s ninth best airport in 2021. Kansai Airport was opened in 1994, and has become an important international hub for Japan. It provides the largest network for both domestic and international routes with 24-hour operation.

The 7 Natural Wonders Of The World

Zurich Airport is the largest international airport in Switzerland and the primary hub for Swiss International Air Lines. It serves Zurich, Switzerland’s largest city, and, with its surface transport links, most of the rest of the country. The airport is located 12 km from the city of Zurich, in the municipalities of Kloten, Rumlang, Oberglatt, Winkel and Opfikon, all of which are within the canton of Zurich.

In 2021, Zurich Airport has been ranked the seventh best airport by Skytrax, up from 11th in 2020. It is the busiest airport in Switzerland.

It serves as the hub for Lufthansa, including its subsidiaries Lufthansa Cityline, Air Dolomiti and Eurowings, as well as a base for Condor and TUIFly Deutschland. With over 150 retail stores and some 50 places where you can eat and drink, it is more like a city center, offering travelers and visitors a lot to see and do. Also, it is ranked sixth among the top 10 best airports in the world 2021.

The 10 Most Populated Cities In The World

In 2021, it is ranked by Skytrax as the fourth best airport in the world, and one of the cleanest airports, along with Doha Hamad, Singapore Changi, and Tokyo Haneda Airport. It is a former winner of the Airport of the Year title at the World Airport Awards.

Top 10 Largest Countries In The World By Area

Tokyo International Airport commonly known as Haneda Airport. It is one of two primary airports serving the Greater Tokyo area, and is the primary base of two of Japan’s major domestic airlines, Japan Airlines (Terminal 1) and All Nippon Airways (Terminal 2). As well as Air Do, Skymark Airlines, Solaseed Air and StarFlyer. It is located less than 30 minutes from central Tokyo.

The airport is named after the previous Emir of Qatar, Hamad bin Khalifa Al Thani. It has been awarded as the best airport in the world 2021 by Skytrax, as well as being the most luxurious.