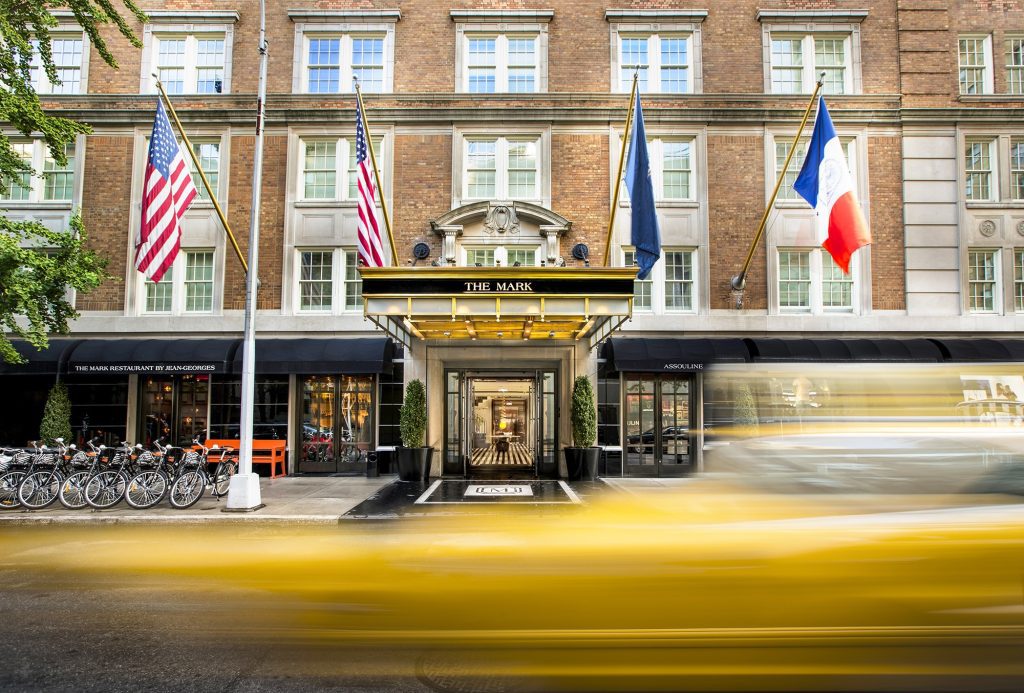 Most Expensive Hotels in the World

Do you want to know what is the most Expensive Hotel in the World in 2023? The list includes Hotel suites from the Burj Al Arab starting at $28,000 a night to over $200,000. With breathtaking city views from luxury penthouse suites to underwater hotels, you can experience the world of the sea.

A hotel can be an establishment that provides paid accommodation on a short-term basis. But the level of comfort varies across hotels, and that’s what sets one apart from the other. Get ready for the most luxurious vacation ever at hotels with 5-star or more. Here we have compiled a list of the Top 10 Most Expensive Hotels in the World in 2023. Let’s see!

The Burj Al Arab is a luxury hotel located in the city of Dubai, United Arab Emirates. One of the most famous hotels in the world, The Royal Suite at Burj Al-Arab is the tenth most expensive hotel suite in the world 2023. Managed by the Jumeirah Hotel Group, it is one of the tallest hotels in the world, although 39% of its total height is made up of non-occupied space. Burj Al Arab stands on an artificial island 280 meters from Jumeirah Beach and is connected to the mainland by a private curved bridge. The shape of the structure is designed to resemble the sail of a ship. It has a helipad near the roof at a height of 210 meters from the ground.

Additionally, The Burj Al Arab takes hotel design to a whole new level of modern luxury. It has also redefined the meaning of exceptional hospitality in Dubai and around the world. Also, the Burj Al Arab Jumeirah – which stands at 321 meters – is 14 meters taller than the Eiffel Tower and only 60 meters shorter than the Empire State Building. Guests access it via a 340-metre-long bridge road. In addition to being the world’s tallest all-suite hotel, in 2008 the Burj Al Arab also broke the Guinness World Record for the most expensive cocktail, costing AED 27,321. 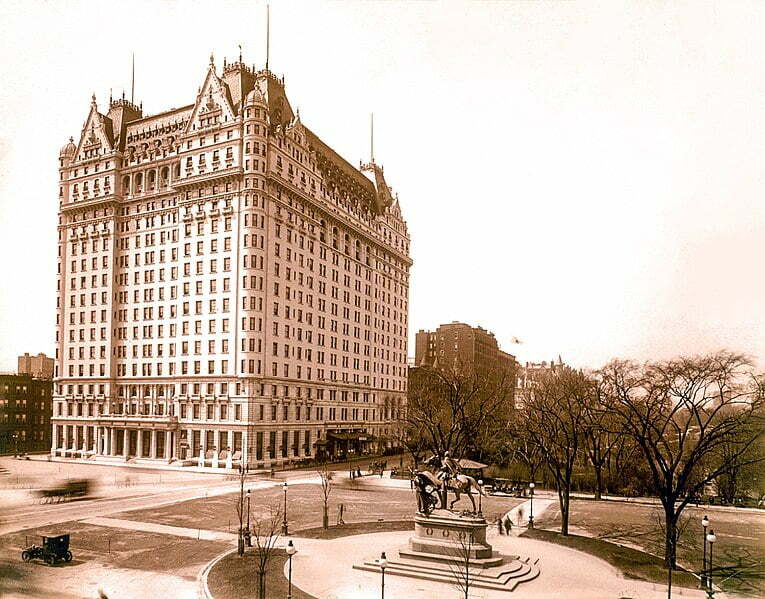 The Plaza Hotel (The Royal Suite) is a luxury hotel and condominium apartment building in Midtown Manhattan, New York City. With $40,000 per night, the suite is the ninth among the top 10 most expensive hotels in the world in 2023. The suite has 3 bedrooms, 3 bathrooms, a lounge, a separate dining room with a seating capacity of 12 people and a fitness room. From the bedroom itself you have a great view of Fifth Avenue.

Additionally, since its inception, the Plaza Hotel has become a symbol of New York City with many rich and famous guests. The restaurant spaces and ballroom have hosted events such as balls, benefits, weddings and press conferences. In addition, the Plaza Hotel has appeared in several books and films. Also, the New York City Landmarks Preservation Commission has designated the hotel’s exterior and some of its interior spaces as city landmarks. 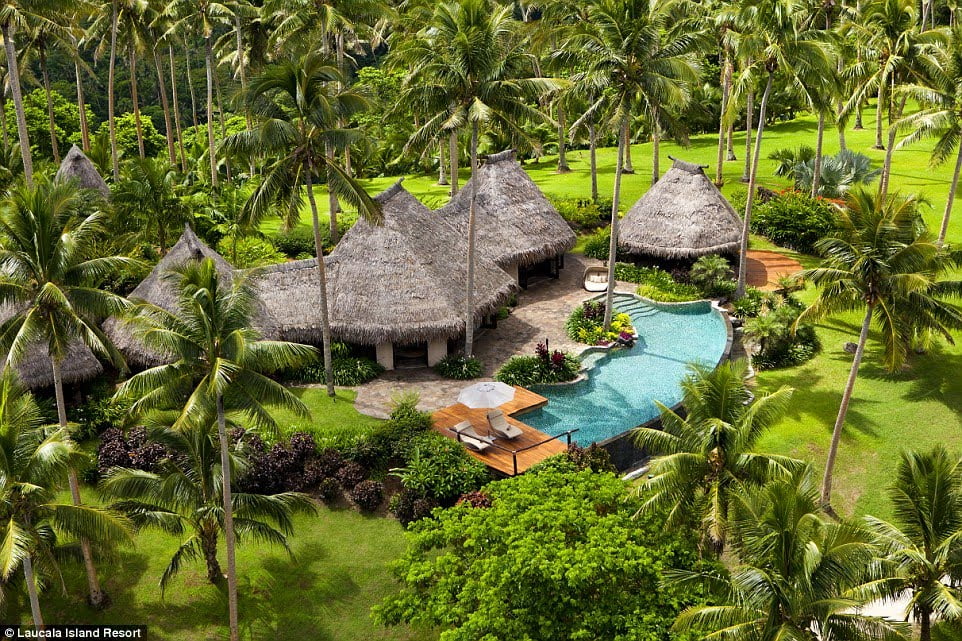 The Hilltop Villa is the 8th most expensive hotel in the world in 2023, for which you will pay $45,000 for a night’s stay. Hilltop villas have been compared to a “resort within a resort”, perched atop the island’s towering green hills, shining as the crown jewel of Laucala. This hotel is located on the island of Laucala in Fiji.

In addition, you’ll find this four-acre villa, divided into three separate villas, each offering the most beautiful views of the island. The Hilltop villas can be a perfect getaway as it can sleep up to eight people. In this you have all the luxurious facilities from a hotel and you can stay here with the whole family.

At number seven on our list of the top 10 most Expensive Hotels in the world in 2023 comes The Muraka. It will cost you $50,000 for one night.  But there is a minimum stay of four nights. So, you’ll want to spend more in the region of $200,000 if you really want to live there. Nestled in a private area of ​​a shimmering lagoon, Muraka is a first of its kind luxury residence with three bedrooms and integrated living, dining and entertaining spaces. The experience comes complete with 24-hour private butler service, a private chef and tailored experiences.

Additionally, discover Muraka, a first of its kind, luxury two-level residence with a submerged master bedroom 16 feet below sea level in the Indian Ocean, as part of the Conrad Maldives Rangali Island Resort. Also, enjoy the living and dining areas of one of the world’s most exclusive habitats, over the water.

Hotel Martinez is a famous Art Deco-style grand hotel on the Croisette in Cannes. Hotel Martinez’s $53,000-per-night Penthouse Suite is next door to luxurious Cannes. It is rich, beautiful and home to a very famous film festival. For your $53,000 you can enjoy a 1000 square foot suite on the top floor of the hotel. It was opened by its founder-owner Emmanuel Michele Martínez, son of Baron Giovanni Martínez and a noble ancient Italian family of Spanish origin, from Palermo Sicily, Italy.

In addition, the hotel was sold in 2012 and joined the Hyatt Group on April 9, 2013 and was renamed the Grand Hyatt Cannes Hotel Martinez. Additionally, the hotel closed for renovations on October 30, 2017 and reopened for business on March 5, 2018 under its original name. Hotel Martinez Penthouse Suite is the sixth most expensive hotel in the world in 2023.

The Four Seasons Hotel is a luxury hotel in Midtown Manhattan, New York City, which opened in 1993. Ty Warner Penthouse Suite, billed at $60,000 per night. It is listed at number five in the top 10 most expensive hotel suites in the world in 2023.

Furthermore, this luxury hotel suite is named after the building’s owner, Ty Warner. The $400-square-metre suite cost approximately $50 million to complete. The hotel is renowned for its luxurious interiors that have an art modern quality. I.M. Pei and Frank Williams collaborated as architects. The building bears more in common with the Waldorf Astoria and other hotels of the 1920s than with Pei’s other works.

The Mark Penthouse at The Mark Hotel is fourth among the top 10 most expensive hotels in the world in 2023. This is a luxury hotel located on Madison Avenue, Upper East Side of Manhattan, New York City. Originally constructed in 1927 in the Renaissance Revival style, the building was purchased in 2006 by Isaac Senbahar of the Alexico Group and Simon Elias. The interiors of the building were remodeled in 2009 by French designer Jacques Grange.

In addition, the Mark Hotel Penthouse will cost you $75,000 a night, giving you 5 bedrooms, 6 bathrooms, 4 fireplaces, 2 wet bars, 2 powder rooms, and a large open plan living room. Also, the Penthouse, the largest hotel suite in America at 10,000 square feet over two floors, has an impressive five bedrooms, six bathrooms, and two wet bars. If you want to play the King/Queen of New York for a while, book yourself a few nights in this suite.

Hotel President Wilson is located in Geneva, Switzerland, near the United Nations Building on Lake Geneva. The Royal Penthouse in Hotel President Wilson occupies the entire 8th floor of the hotel. If you have $80,000 to spend a night, this is the hotel for you. It is one of the top 10 most expensive hotels in the world in 2023.

Additionally, the hotel for $80,000 per night buys you the entire eighth floor which has 12 bedrooms, 12 bathrooms, a Jacuzzi with very extraordinary views over the lake, 24/7 everything and of course bullet proof windows. Also, if security is your top concern when staying in a luxury hotel, rest assured that the Royal Penthouse is one of the safest hotels around.

The second most expensive hotel in the world in 2023, is the Empathy Suites ($100,000 per night) at Sky Villas in Vegas and The Palms Casino Resort. With decor drawn almost entirely from the mind of British artist Damien Hirst, the spacious suite houses many of his unique artworks that are generously spread among the 9,000-square-foot living space.

The Lover’s Deep Luxury Submarine Hotel is the most expensive hotel in the world in 2023 with a one-night rental of $235,000. Head to St. Lucia in the Caribbean and you can board the Subaquatic Hotel with its dedicated captain, butler and chef and go wherever you want.

In addition, it’s not the kind of experience you’d expect from some of the other hotels on the list. If you are looking to combine a night with an experience then this is probably the hotel for you. Also, it requires you to go underwater in a submarine that is based in St. Lucia and can be navigated around the Caribbean to suit the needs of the guests. This is a 5-star hotel under the waves in which you can have an amazing experience. The hotel is located deep in the sea, giving you an underwater view of the entire ocean world.