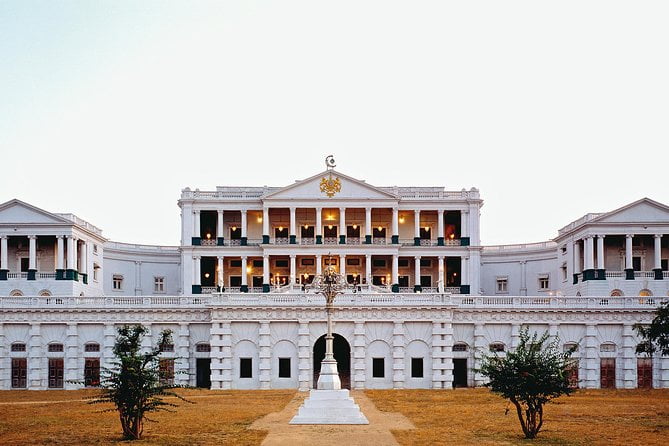 Most beautiful palaces in the world

In addition to the splendid architecture and artifacts preserved over the centuries, the former royal residences also have grand grounds and gardens. Including lots of spectacular fountains and flower beds on display. Due to their significant artistic, cultural and historical value, these beautiful palaces are now one of the most popular tourist attractions around. Check out the list of top 10 most beautiful palaces in the world that can be considered when visiting here.

The Palace of Versailles is a former royal residence located in Versailles, about 12 miles west of Paris, France. The palace is owned by the French Republic and since 1995 it is managed by the Palace, Museum and Public Establishment of the National Estate of Versailles, under the direction of the French Ministry of Culture.

In addition, The Palace of Versailles is a visible history of French architecture from the 1630s to the 1780s. Also, its oldest part, the Corps de Logis, was built with brick, marble and slate for Louis XIII in the style of his reign.

Although the Palace of Versailles began as a simple hunting lodge, it was transformed into one of the greatest and grandest palaces ever seen under Louis XIV. About 15 million people visit the Palace, Park or Gardens of Versailles each year, making it one of the most popular tourist attractions in the world.

The Alhambra is a beautiful palace and fort complex located in Granada, Andalusia, Spain. It is one of the most famous monuments of Islamic architecture and, in addition to notable examples of Spanish Renaissance architecture, is one of the best preserved palaces in the historic Islamic world. Perched atop a plateau overlooking Granada, the Alhambra has long been one of the most famous and recognizable palaces on Earth. It is a pleasure to wander around its beautiful gardens, fortified fortifications, and colonnade-lined courtyards, while the Museum of Fine Arts has a superb collection of artifacts for visitors to visit.

Additionally, the complex was started in 1238 by Muhammad ibn al-Ahmar, the first Nasrid Emir and founder of the Emirate of Granada, the last Muslim kingdom of al-Andalus. The Alhambra and Generalife were also listed as a UNESCO World Heritage Site in 1984. The Alhambra is now one of the most popular tourist destinations in Spain.

The Taj Falaknuma is a beautiful palace in Hyderabad, Telangana, India. It originally belonged to the Paigah family, and was later owned by the Nizam of Hyderabad. It is on a hillock and is spread over an area of ​​13 hectares at Falaknuma, 5 km from Charminar. The palace has 60 rooms and 22 halls. It houses a considerable collection of Nizam’s artifacts including paintings, sculptures, furniture, manuscripts, books, an extensive jade collection and Venetian chandeliers.

In addition, it was built by the Prime Minister of Hyderabad, Nawab Sir Vikar-ul-Umra and the uncle and brother-in-law of the sixth Nizam. Falak Numa means “like the sky” or “mirror of the sky” in Urdu. Also, it has a library with a carved walnut ceiling, which is a replica of the one at Windsor Castle. There are more than five thousand books in the library. It houses an extensive collection of English, Urdu and Persian books as well as copies of the Quran and rare first editions.

The Topkapi Palace or Seraglio is a large beautiful museum in the east of the Fatih district of Istanbul in Turkey. For centuries, the grand pavilions and verandahs of Topkapi Palace were considered the crown of the Ottoman Empire. In the 15th and 16th centuries it was used as the main residence and administrative headquarters of the Ottoman sultans.

In addition, the Turkish Ministry of Culture and Tourism now manages the Topkapi Palace Museum. There are hundreds of rooms and chambers in the palace complex, but as of 2020 only the most important are accessible to the public. This includes the Ottoman Imperial Harem and the Treasury, called Heijin where the Spoonmaker’s Diamond and Topkapi Dagger are on display. Also, Topkapi Palace is a part of the Historic Areas of Istanbul, a group of sites in Istanbul that were recognized by UNESCO as a World Heritage Site in 1985.

Potala Palace is one of the top 10 most beautiful palaces in the world. This is a dzong fort in Lhasa, Tibet, China. The palace is named after the Potalka Parvat, the mythical abode of the Bodhisattva Avalokiteshvara. It was the winter palace of the Dalai Lamas from 1649 to 1959, has been a museum since then, and has been a World Heritage Site since 1994. It may overlay the remains of an older fortress on the site called the White or Red Palace, built in 637 by Songtsen Gampo.

The building measures 400 meters east-west and 350 meters north-south, with sloping stone walls averaging 3 meters thick and 5 meters thick at the base. Copper was poured into the foundation to protect it from earthquakes. There are more than 1,000 rooms in the 13-storey buildings of the Palace.

Top 10 Most Expensive Buildings In The World

The Winter Palace is a beautiful palace in St. Petersburg served as the official residence of the Russian Emperor from 1732 to 1917. The palace and its premises now house the world famous Hermitage Museum. Several architects participated in designing the Winter Palace-notably the Italian Bartolomeo Rastrelli (1700–1771) in what became known as the Elizabethan Baroque style.

In addition, the Winter Palace has 1,886 doors, 1,945 windows, 1,500 rooms and 117 staircases. The size and scale of the palace, not to mention the beautiful art and architecture on show, perfectly demonstrate the power and might of Imperial Russia. Winter Palace is one of the top 10 most beautiful palaces in the world. 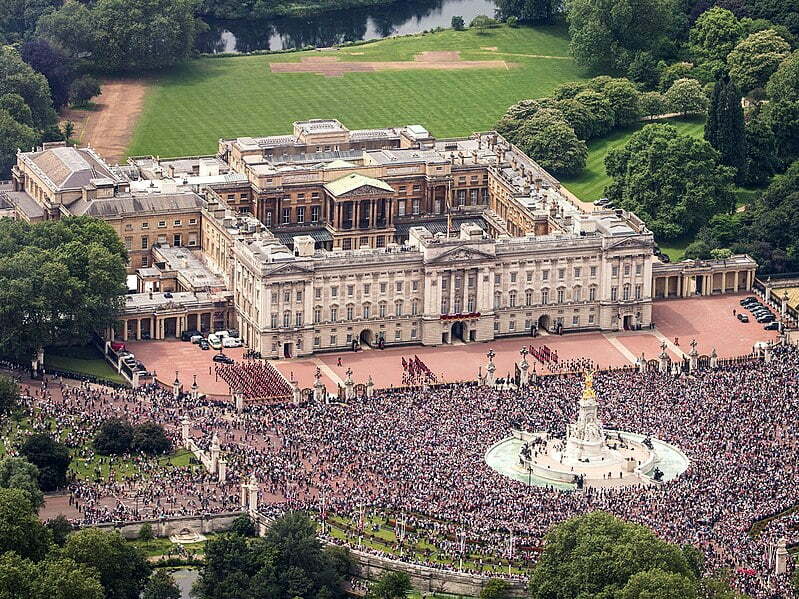 Buckingham Palace has long been the residence of the British monarchs and the administrative headquarters of the monarch of the United Kingdom. Located in the City of Westminster, the palace is often at the center of state occasions and royal hospitality. It has been a focal point for the British people in times of national joy and mourning.

In addition, King Edward VII oversaw a partial refurbishment in the Belle Epoque cream and gold color scheme. Also, many of the smaller reception rooms are furnished in the Chinese Regency style with furniture and fittings brought in from the Royal Pavilion and Carlton House in Brighton. The palace has 775 rooms, and the garden is the largest private garden in London. The state rooms, used for official and state entertainment, are open to the public most of August and September each year and on certain days in winter and spring.

Mysore Palace is a beautiful historical palace and royal residence located in Mysore, Karnataka. It used to be the official residence of the Wadiyar dynasty and the seat of the Kingdom of Mysore. The palace is in the center of Mysore and faces the Chamundi hills towards the east. Mysore is commonly called the ‘City of Palaces’, and is one of the seven palaces.  However, Mysore Palace specifically refers to the palace within the Old Fort. With over six million annual visitors, the Mysore Palace is one of the most famous tourist attractions in India after the Taj Mahal. Mysore palace is one of the top 10 most beautiful palaces in the world.

Windsor Castle is a royal residence in Windsor in the English county of Berkshire. It is strongly associated with the English and successor British royal family, and marks nearly a millennium of architectural history. Additionally, inside the castle walls is the 15th-century St George’s Chapel, a design considered by historian John Martin Robinson to be “one of the highest achievements of English Perpendicular Gothic”.

It was originally designed to protect the Norman dominions on the outskirts of London and to oversee a strategically important part of the River Thames.  Windsor Castle was built as a moat-and-bailey, with three wards around a central mound. As well, Windsor Castle is a popular tourist attraction, a venue for hosting state visits, and since 2011 the main residence of Queen Elizabeth II.

Hawa Mahal is a beautiful palace located in the city of Jaipur, India. Known for its elaborate and ornate façade, Hawa Mahal is happily translated into English as the ‘Palace of the Winds’. Constructed of red and pink sandstone, the palace is situated on the edge of the City Palace of Jaipur. The palace has some beautiful buildings and courtyards for visitors to visit, as well as a splendid archaeological museum.

In addition, the palace was designed by Lal Chand Ustad. Its five-storey exterior is like a honeycomb, with 953 small windows called jharokhas, decorated with intricate latticework. Hawa Mahal is one of the top 10 most beautiful palaces in the world.