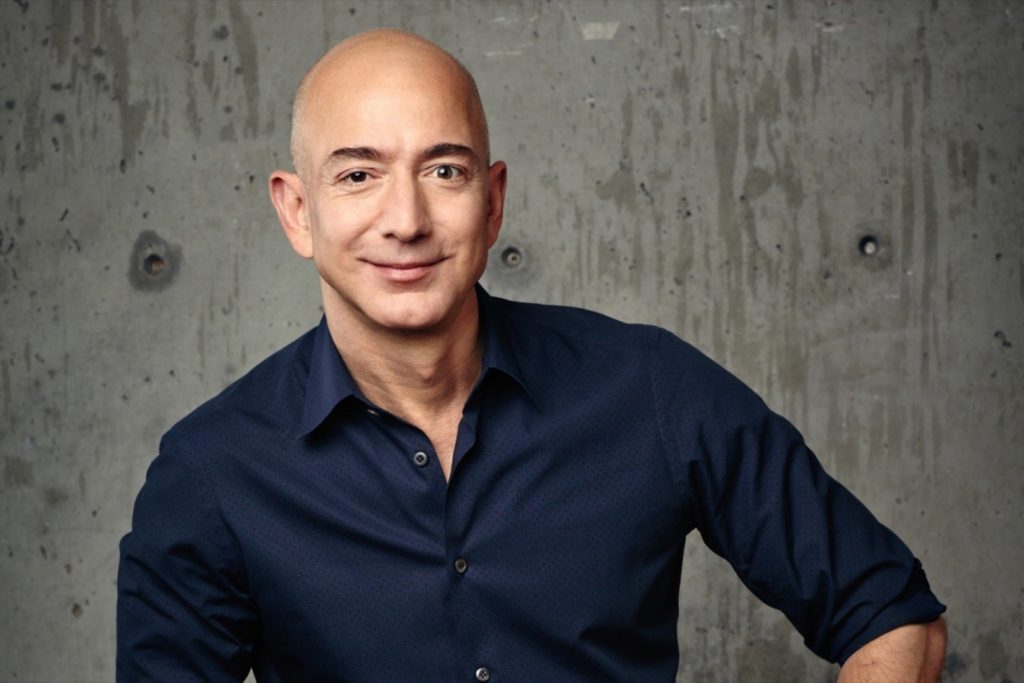 Richest People In The World 2023

Sergey Brin is an American business magnate, computer scientist, and Internet entrepreneur. He co-founded Google with Larry Page. Brin was the chairman of Google’s parent company Alphabet Inc. Until he stepped down on December 3, 2019. Sergey Brin stepped down as chairman of Google’s parent company Alphabet in December 2019, but remains a controlling shareholder and board member. He founded Google with Larry Page in 1998, after the two met at Stanford University while studying for an advanced degree in computer science.

Google went public in 2004 and began business in 2015 as a newly created parent company, Alphabet. Brin was absent from most of the 2019 public alphabet programs; He spent his time in Alphabet’s Moonshot Research Lab X. According to the Bloomberg Billionaire Index, Brin is the 10th richest person among the top 10 richest people in the world in 2023. His net worth as of Jan 2023 is $85.4 billion.

Larry Page is an American business magnate, computer scientist, and Internet entrepreneur. He is best known as one of the co-founders of Google along with Sergey Brin. Larry Page is ranked ninth among the top 10 richest people in the world in 2023. Larry Page stepped down as CEO of Google’s parent, Alphabet, in December 2019, but remains a board member and a controlling shareholder.

Also, he founded Google in 1998 with fellow Stanford Ph.D. student Sergei Brin. With Brin, Page invented Google’s PageRank algorithm, which powers the search engine. According to the Bloomberg Billionaires Index, he owns $89.3 billion as of Jan 2023. Mukesh Ambani is an Indian billionaire businessman and the chairman, managing director and largest shareholder of Reliance Industries. Fortune Global 500 company and Reliance is India’s most valuable company by market value. Reliance was founded by his late father Dhirubhai Ambani, a yarn trader, in 1966 as a small textile manufacturer. After the death of his father in 2002, Ambani and his younger brother Anil split the family empire.

Reliance waged a telecom price war in 2016 with the launch of 4G phone and broadband service Jio. Today, it has over 420 million customers and is all set to launch 5G services. According to Forbes, he is the second richest person in Asia and the 8th richest person in the world, with a net worth of US$90 billion as of Jan 2023.

Larry Ellison is an American business magnate and investor who is the co-founder, executive chairman and chief technology officer (CTO) of Oracle Corporation. He left the role of CEO of Oracle in 2014 after 37 years. Oracle has grown through steady acquisitions of software companies, the largest of which was in 2021 for electronic health records company Cerner for $28.3 billion. He has been listed by Forbes as the 7th richest person in the world in 2023.

Larry Ellison served on Tesla’s board from December 2018 to August 2022. He still holds about 15 million shares in the electric car maker. He has 102 billion US dollars as of Jan 2023. 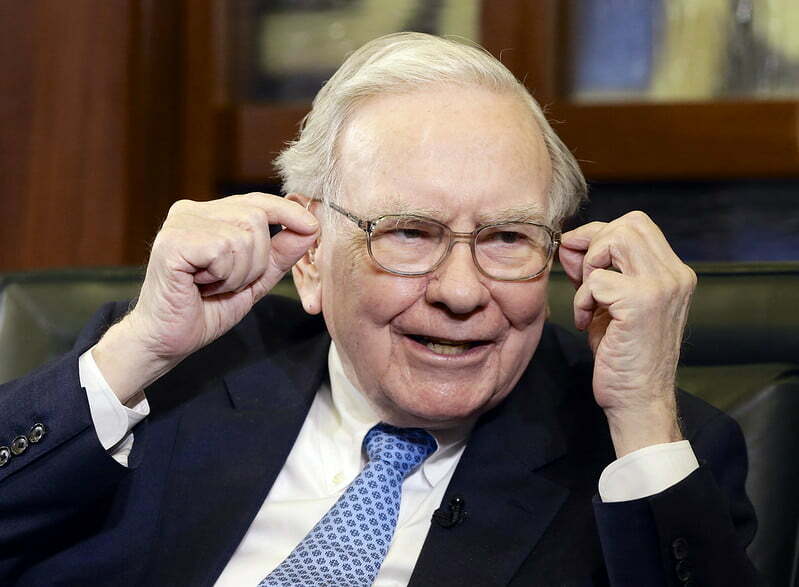 Warren Buffett is an American investor, business tycoon, philanthropist, and chairman and CEO of Berkshire Hathaway. He is considered one of the most successful investors in the world. Buffett runs Berkshire Hathaway, which owns dozens of companies, including insurer Geico, battery maker Duracell and restaurant chain Dairy Queen.

The son of a US Congressman, he first bought stock at age 11 and filed taxes for the first time at age 13. He has promised to donate more than 99% of his wealth. So far, he has given over $49 billion to the Gates Foundation and his Children’s Foundation. His net worth is over $105 billion in Jan 2023, making him sixth among the top 10 richest people in the world in 2023.

Top 10 Most Densely Populated Countries In The World 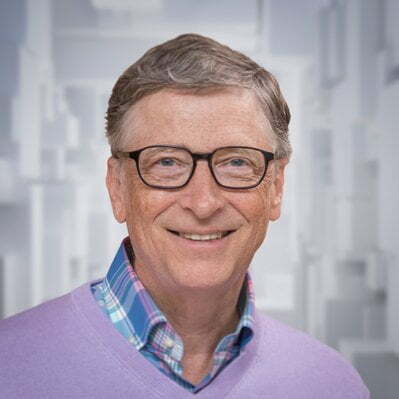 Bill Gates is an American business magnate, software developer, investor, author and philanthropist. He is a co-founder of the Microsoft Corporation, and is considered one of the best-known entrepreneurs of the microcomputer revolution. Gates is the fifth richest person among the top 10 richest people in the world in 2023. Who founded Microsoft in 1975 with Paul Allen (d. 2018), transferred at least $6 billion worth of shares in public companies to Melinda as part of a divorce settlement.

As of March 2020, when Gates stepped down from the Microsoft board, he owned about 1.3% of the software and computing company’s shares. At the same time, he has invested in dozens of companies, including Republic Services and Deere & Co., and in the U.S. One of the largest owners of agricultural land in the According to the Bloomberg Billionaires Index, his net worth as of Jan 2023 is $111 billion.

Jeff Bezos is an American business magnate, media proprietor and investor. Bezos is the founder and CEO of multinational technology company Amazon. He founded e-commerce giant Amazon in 1994 from his garage in Seattle. Bezos stepped down as CEO in July 2021 to become acting chairman. He now owns a little less than 10% of the company.

He and his wife Mackenzie divorced in 2019 after 25 years of marriage, and he transferred a quarter of his then-16% Amazon stake to him. Bezos donated more than $400 million worth of stock to nonprofits in 2022, though it’s unclear which organizations received those shares. According to the Bloomberg Billionaires Index, Jeff Bezos is the 4th richest person in the world with a net worth of $127 billion as of Jan 2023. 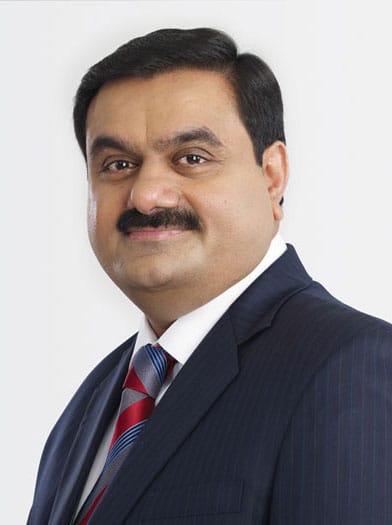 Gautam Shantilal Adani is an Indian billionaire tycoon. He is the chairman and founder of Adani Group, an Ahmedabad-based multinational conglomerate involved in port development and operations in India. Adani is also the chairman of the Adani Foundation, which is mainly led by his wife Preeti Adani. Gautam Adani is the chairman of the $21 billion (revenue) Adani Group, with interests in ports, airports, power generation and transmission, green energy, edible oil, cement and real estate. He controls India’s largest Mundra Port in his home state of Gujarat.

Adani acquired 74% stake in India’s second busiest Mumbai International Airport in September 2020. Now he is the largest airport operator in the country. Gotham Adani wants to become the world’s largest producer of green energy and has said it will invest up to $70 billion on renewable energy projects. As of Jan 2023, with a net worth of US$131 billion according to Forbes and $121 billion according to Bloomberg, he is the richest person in Asia and the third richest person in the world in 2023.

Elon Musk is an entrepreneur and businessman. He is the founder, CEO and chief engineer of SpaceX and Tesla, Inc. Is an early stage investor, CEO and product architect. A centibillionaire, Musk is the second richest person in the world in 2023 according to the Forbes Billionaires Index. Elon Musk has co-founded six companies, including electric car maker Tesla, rocket maker SpaceX and tunneling startup The Boring Company.

Also, he owns about 25% of Tesla between stocks and options, but has pledged more than half of his stock as collateral for the loan. His net worth as of Jan 2023 is US$146.5 billion.

A billionaire, Arnault is richest person in the world in 2023 according to the Forbes and Bloomburg Billionaires Index. Bernard Arnault is a French billionaire investor, businessman and art collector. He is the President and Chief Executive of the world’s largest luxury goods company. Bernard Arnault oversees the LVMH empire of nearly 70 fashion and cosmetics brands, including Louis Vuitton and Sephora. In January 2021, LVMH acquired American jeweler Tiffany & Co for $15.8 billion, in what is considered to be the largest luxury brand acquisition ever.