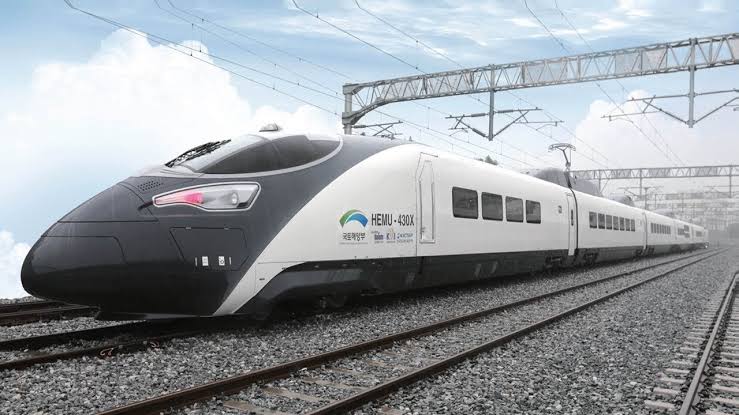 Fastest Trains in the World 2023

Talgo Avril is a high-speed train developed by HSR Talgo. It has been ranked tenth among the top 10 fastest trains in the world in 2023. The train is intended to have a top speed of 380 km/h (240 mph). It will have power cars at the front and rear with under-floor/over-roof equipment and 8 trailer cars in between the power cars, providing a total seating capacity comparable to that of an electric multiple unit rather than a locomotive-held train. Trailer cars would have an unusually short length of 13 meters.

Talgo presented the Avril concept at the InnoTrans fair in Berlin in September 2010. After several years of development and testing, the first order for Avril trains was placed in November 2016, when Spanish operator Renfe Operadora signed a €786.5 million contract for 15 train sets and 30 years of maintenance.

In addition, Spain’s Renfe ordered Velaro trains, known as Velaro E, for its AVE network. Also, wider versions were ordered by Russia for the Beijing-Tianjin high-speed rail and the Moscow-Saint Petersburg and Saint Petersburg–Nizhny Novgorod routes. Since December 2013, the latest generation, the Velaro D, has been operating in its home country, Germany.

The Frecciarossa 1000 is a high-speed train operated by the Italian state railway operator Trenitalia. It is co-developed as a joint venture between Italian rail manufacturer Hitachi Rail Italy and multinational conglomerate Alstom (formerly Bombardier Transportation). Both the design and production work was split between the two partner companies. Frecciarossa 1000 is one of the top 10 fastest high speed trains in the world in 2023 with the top speed of 245 mph (394 km/h).

Additionally, design work began on the train in 2008, during which a lot of design work was done by Bertone. Also, it was based on existing products, including Bombardier’s Zefiro and Ansaldobreda’s V250 trains. The design was modified to suit the requirements of the Trenitalia tender. In 2010, the ETR 1000 was selected and a total of 50 trains were ordered to meet Trenitalia’s needs. Upon the public unveiling of the first example of this type, it was hailed as the fastest train to reach series production in Europe at the time.

The Fuxing Hao CR400AF is a high-speed train operated by China Railway High-Speed ​​(CRH) and developed by CRRC. Initially known as China Standardized EMU, development on the project began in 2012, and design planning ended in September 2014. The series received its current designation of Fuxing in June 2017. It is the world’s fastest conventional high speed train in regular service. It has an operating speed of 418 km/h (260 mph) for the CR400AF and CR400BF models. The Fuxing is one of the top 10 fastest trains in the world in 2023.

In addition, the China standardized EMU began its experimental long-haul service on the Beijing-Hong Kong high-speed railway on 25 February 2017. Also, on June 25, 2017, the official public name of China standardized EMU was unveiled as “Fuxing”. The next day, a CR400AF departed from Beijing South Railway Station on its maiden voyage, traveling towards Shanghai, at the same time a CR400BF departed from Shanghai Hongqiao Railway Station on its maiden journey bound for Beijing.

HEMU-430X is a South Korean high-speed train. The train has a maximum speed of 430 km/h (267 mph), making it the sixth fastest train in the world. On 31 March 2013, it achieved 421.4 km/h in a test run, making South Korea the fourth country in the world to develop a high-speed train that could exceed 420 km/h, after France, Japan and China.

In addition, the main new feature of the train is distributed traction compared to the older South Korean high-speed trains. Also, commercial versions of the trains, tentatively named EMU-260 and EMU-320, will be delivered to Korail in 2020-2021.

The Shanghai Maglev Train is a magnetic levitation train (maglev) line that operates in Shanghai. It is the oldest commercial maglev still in operation, and the first commercial high-speed maglev with a cruising speed of 431 km/h (268 mph). Also, it is the fastest commercial electric train in the world.

The maglev rail line runs from Pudong’s Longyang Road station to Pudong International Airport. At full speed, the journey takes 7 minutes 20 seconds to cover a distance of 30 km (18.6). However some trains take around 50 seconds longer in the early morning and late afternoon. A maglev train can reach 350 km/h (217 mph) in 2 minutes, followed by a maximum normal operating speed of 431 km/h (268 mph). The Shanghai Maglev is among the top 10 fastest trains in the world in 2023.

The CRH380A Hexie is a Chinese electric high-speed train that was developed by CSR Corporation Limited. It is currently manufactured by CSR Qingdao Sifang Locomotive & Rolling Stock Co., Ltd. As a continuation of the CRH2-380 program it both replaces foreign technology with Chinese developments in CRH2 and enhances its top speed.

TGV POS is an intercity high-speed rail service of France, operated by SNCF. SNCF worked on a high-speed rail network from 1966 to 1974 and presented the project to President Georges Pompidou who approved it. The TGV network in France carries about 110 million passengers annually.

China has introduced a high-speed CRRC Qingdao Sifang 2021 Maglev* train that can run at a top speed of 600 km/h. The maglev train will cover the distance from Shenzhen in South China to Shanghai in about 2.5 hours. It is the second fastest bullet train in the world in 2023 after L0 series maglev.

Additionally, the high-speed maglev train would be suspended, driven and directed by the train without contact between the tracks and only coming from the air by means of electromagnetic force. The high speed maglev series running at a speed of 600 has started and will soon become common to the people.

The L0 Series Maglev is the fastest bullet train in the world in 2023 with the top speed of 374 mph (602 km/h). This is a high speed Maglev train developed and tested by the Central Japan Railway Company. JR Central plans to use the L0 series on the Chuo Shinkansen Railway line between Tokyo and Osaka, which is under construction.

In addition, On 21 April 2015 the L0 Maglev train set a land speed record for rail vehicles of 603 km/h. Trains of this series are planned to run at a maximum speed of 500 km/h. It will cover the journey between Tokyo Station and Nagoya in 40 minutes and the distance between Tokyo and Osaka in 1 hour and 7 minutes.