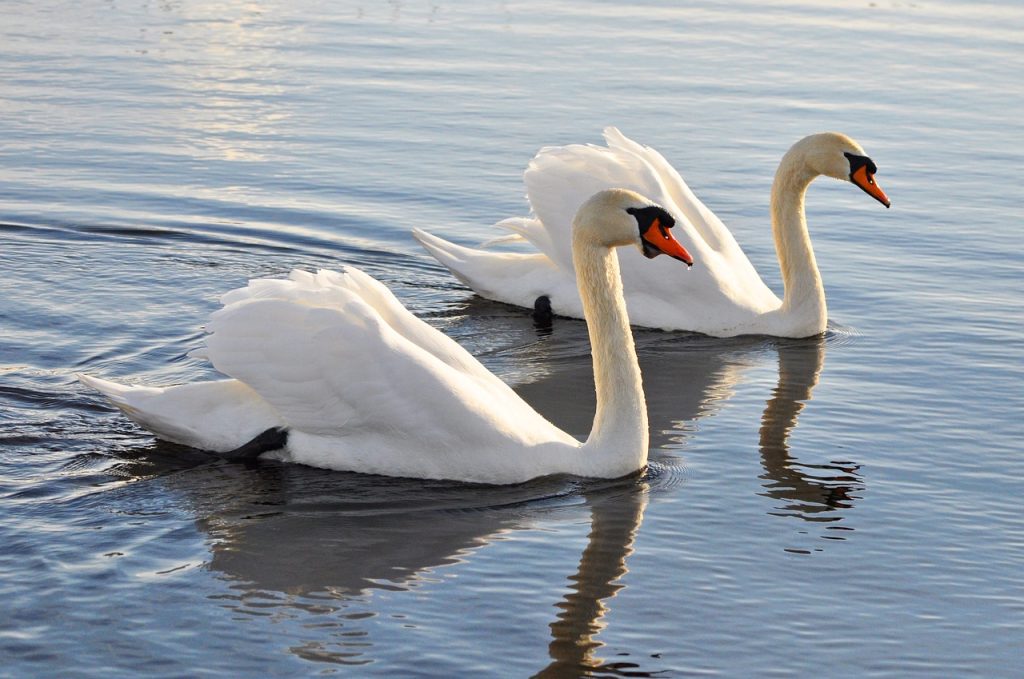 Biggest Birds in the World

The Dalmatian pelican (Pelecanus crispus) is one of the largest flying bird in the world. They are native to Europe and South Asia. Dalmatian pelicans are mainly found in lakes, rivers, deltas and estuaries.

Their average weight is 11.5 kg and length is 183 cm. Like other pelicans, males are larger than females, and their diet consists mainly of fish, they eat up to 2 kg of fish daily, including catfish, eels and European perch. Also, this bird is the largest of all pelican species and one of the largest living flying bird species. 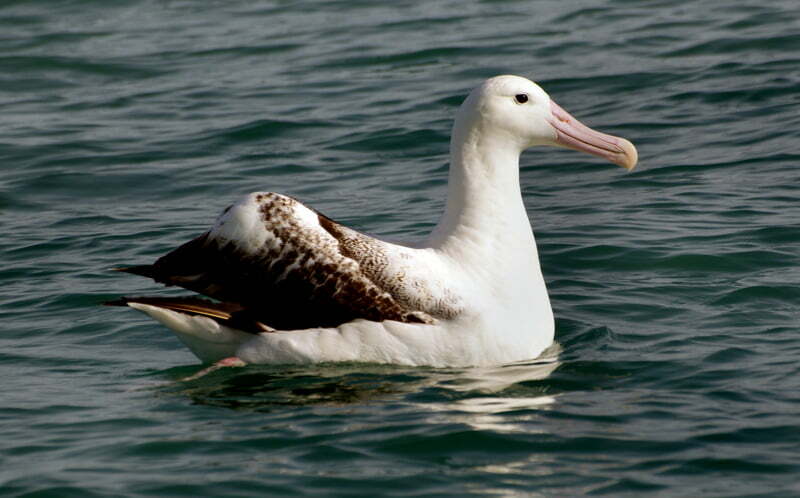 The Wandering Albatrosses are a large member of the Diomedeidae family. They have the largest wingspan of any bird, being over 11 feet wide. They weigh an average of 12 kg and are about three and a half feet from bill to tail. Interestingly, this species is known to orbit the Southern Ocean three times every year. Wandering albatrosses cover a distance of over 120,000 km in a year.

Additionally, albatrosses eat a diet of fish and squid, and sometimes fish waste left behind by fishing boats. They are known to chew so much that they sometimes have to be digested before they can fly. Also, the Albatrosses are one of the top 10 largest birds in the world.

The Kory Bustards (Ardeotis kori) are the member of the bustard family, and one of the top 10 largest birds in the world. It is the largest flying bird in Africa. Moreover, male kori bustards have a length of 105 to 128 cm and a wingspan of 230 to 275 cm. And its weight can usually range from 7 to 20 kg.

Kori bustards are omnivores, although they are more carnivorous than other species of bustards. They mainly eat insects, chicks, small mammals, lizards, snakes, seeds and berries. In addition, cory bustards are colourful, being mostly gray and brown, with black and white streaks with fine patterns. 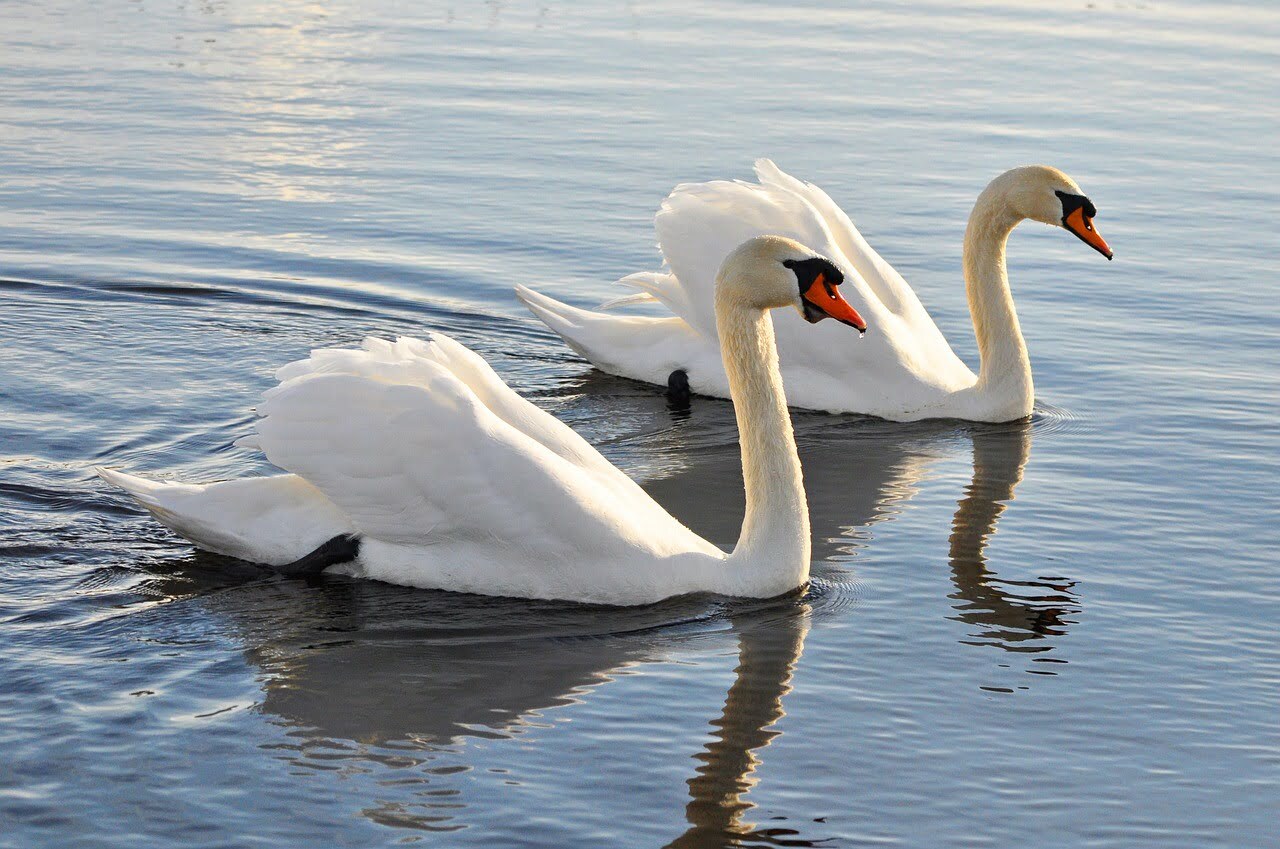 The Mute Swans (Cygnus olor) are the world’s heaviest waterfowl, with an average weight of 11.87 kg. Its average length is 125 to 170 cm. Its name “mute” derives from being less vocal than other species of goose.

Additionally, this large swan is completely white with a black beak, which is recognizable by its clear knob. Most mute swans are native to Euro Siberia, and are an introduced species in North America. They feed mainly on aquatic vegetation, mollusks, small fish, frogs and insects. Also, the mute swan is the second largest flying bird and seventh largest bird in the world. 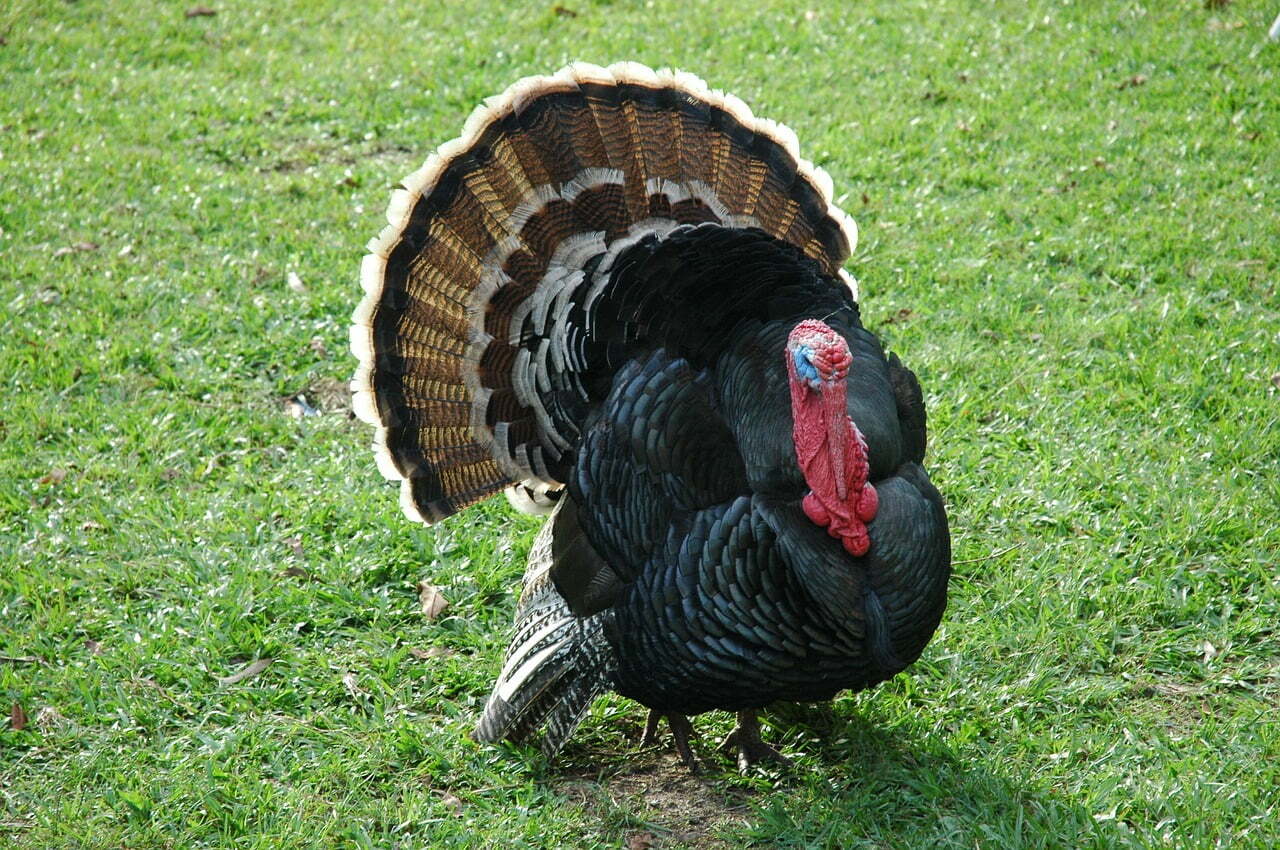 The Wild Turkeys (Meleagris gallopavo) are one of the largest birds in the world. This species is capable of flying, and is the largest flying bird in the world. Their average weight is 13.5 kg and length is 124 cm. It is native to America. In addition, adult wild turkeys have long reddish-yellow to brownish-green legs.

Top 10 Most Beautiful Animals In The World 2022 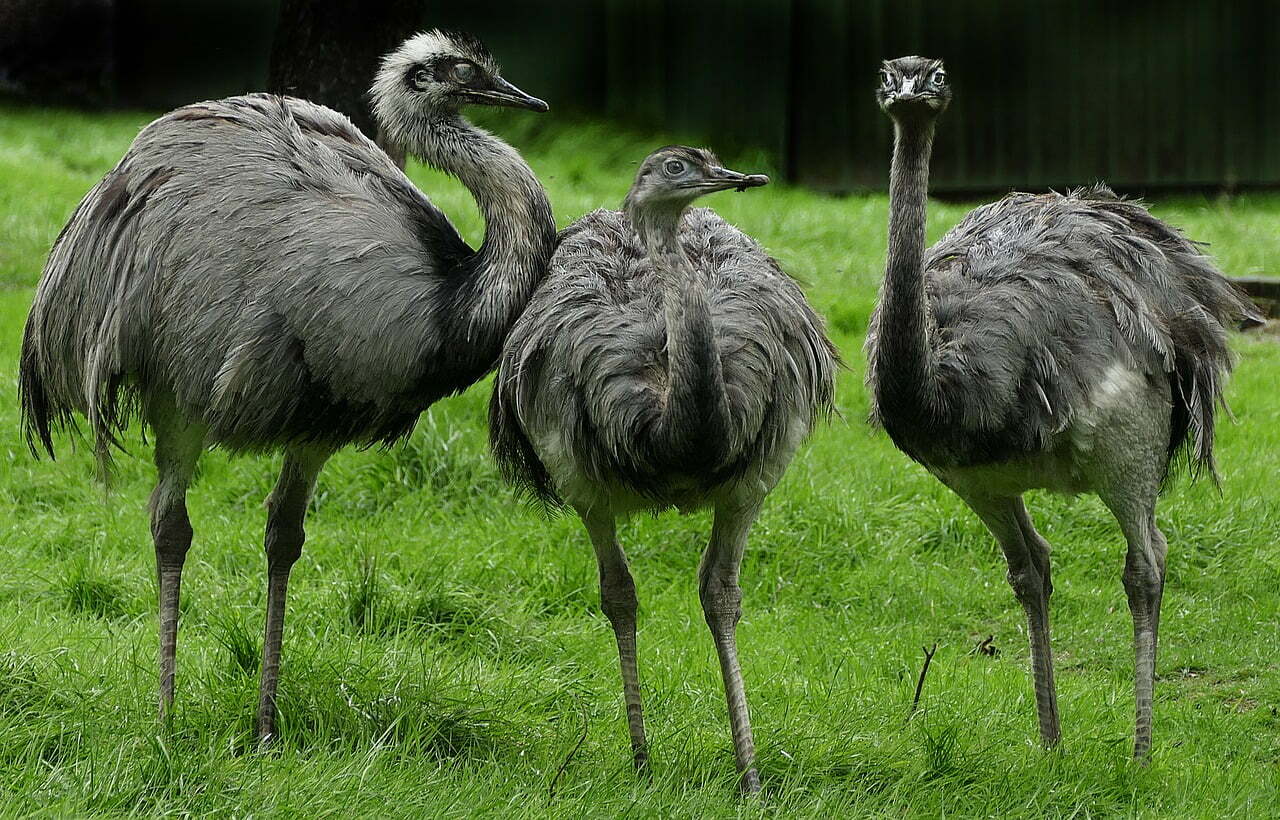 The Greater Rheas (Rhia americana) are native to South America. It is mainly found in Argentina, Bolivia, Brazil, Paraguay and Uruguay. Also, the Rheas are the largest birds in South America and the fifth largest in the world. Their average weight is 23 kg and length is 134 cm. Their diet includes insects, lizards and small birds.

Additionally, a small population of the Rhine has established itself in Germany, with a population of about 250 birds that are considered domestic. The life expectancy of the Greater Rias is 10.5 years.

The Emperor Penguins (Aptenodytes forsteri) are the fourth largest bird in the world. It is the tallest and heaviest of all living penguin species, and is native to Antarctica. It reaches 100 cm in length and weighs from 22 to 46 kg. In addition, penguins feed mainly on fish, squid and krill, traveling many kilometers in search of food.

When hunting, it can remain submerged for about 20 minutes, diving to a depth of 535 meters. Additionally, the emperor penguin’s head and back feathers are clearly delineated by black-and-white belly, pale-yellow breasts and bright-yellow ear patches. 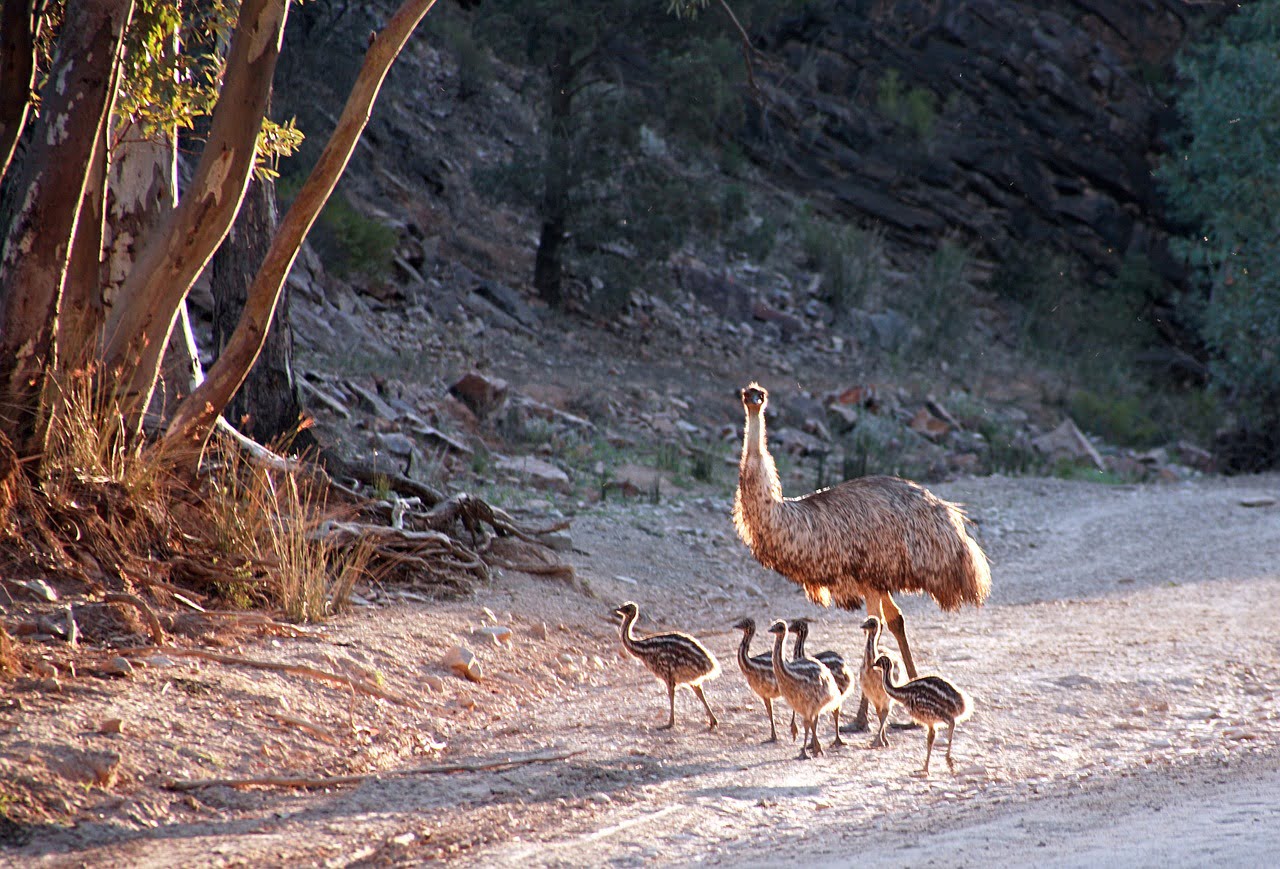 The Emus (Dromaius novaehollandiae) are the second tallest living birds after the ostriches, normally measuring 153 cm tall. Their weight is 33 kg. It is native to Australia, and is the largest native bird here. Female emus are usually slightly larger than males, and have a much wider rump.

Emus can run at a speed of 50 kilometer per hour when required. They have only 3 toes and a small number of bones and leg muscles. They feed on a variety of plants and insects, and can go weeks without food. Also, the Emus are one of the top 10 largest birds in the world.

The Cassowaries are birds of the Casuariidae family, which have 3 species. The most common are southern cassowaries, the second heaviest and third longest living birds in the world. Moreover, their normal weight is 40 kg, and the normal length is 146 cm. Cassowaries are commonly found in Indonesia, Papua New Guinea and northeastern Australia.

The Cassowaries prefer fruit, but also eat small vertebrates, invertebrates, fungi, carrion, and plants. They eat more than 200 species of plants in their diet. In addition, the southern cassowary has shiny black plumage, a blue face and long neck, red at the cape and two red wattles about 17.8 cm long hanging around the throat.

The Ostriches (Struthio camelus) are the largest birds in the world, with an average mass of 104 kg and an average length of 210 cm. In addition, it is also the world’s fastest land bird, whose speed is 70 kilometer per hour. The two living species of ostrich are the common ostrich and the Somali ostrich.

They are native to Africa, and lay the largest eggs of any living land animal. Ostriches usually eat plants, roots, and seeds, but sometimes insects, lizards, or other organisms. They mostly live in groups, ranging from 10 to 50 birds.